Weekly World Numismatic News for May 1, 2022 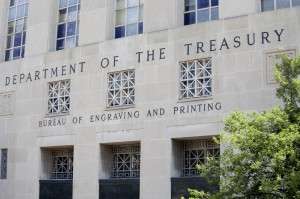 The Bureau of Engraving and Printing announced that they negotiated a transfer of land from the U.S. Department of Agriculture to build a new facility in the Maryland suburbs of Washington, D.C.

The BEP used to be the security printer for the United States government. The BEP printed security documents, including bonds and deed certificates, and stamps, other than printing currency.

Legally, the primary mission of the BEP is to print currency for the Federal Reserve. They would offer other printing services as long as they continued to supply the Fed with currency. Beginning in the 1970s, the BEP reduced the number of stamps they printed until ending stamp printing in the early 1990s. When the Treasury ended the Series E savings bond program, they contracted printing to other contractors.

The economic expansion of the 1980s led the BEP to end almost all security printing to print currency. Before opening the Fort Worth printing center in 1991, Treasury officials explored using commercial printers to supplement the BEP’s capabilities.

In 2022, the Federal Reserve ordered the printing of over 6.9 billion notes. Although this is less than last year’s order, the BEP is approaching its maximum capacity between the Washington and Fort Worth sites. And even though bonds and stamps have become electronic assets, the U.S. government still has a security printing requirement. Although a source at the BEP would not elaborate on the printing requirement, they said that government officials want to make security printing a government function.

It will house a new state-of-the-art and environmentally conscious production facility to print U.S. paper currency and other federal security products.

→ Read more at nbcwashington.com
I’m a coin expert – see the most valuable Lincoln pennies worth up to $20,000

COIN collecting was once a hobby for Stephanie Sabin – now she lives her dream by steering the ship for a major grading service firm.  Mrs Sabin, who is the president of Professional Coin Grading Services (PCGS), has been into collecting since she was a child thanks to her family’s numismatic background.