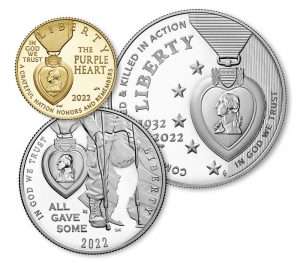 Memorial Day took on national significance following World War I when the nation began to recognize all those who gave the ultimate sacrifice during all conflicts. By the end of World War II, most of the celebrations were renamed to Memorial Day. Memorial Day did not become an official holiday until 1967 with the passage of the Uniform Holidays Act (sometimes referred to as the Monday Holiday Bill). The law set Memorial Day to the last Monday in May, changing it from the traditional May 30.

The modern Memorial Day is a holiday celebrating the lives of those sacrificed in defense of the United States and its ideals at home and abroad. We honor the memories of those who paid the ultimate sacrifice so that we can collect what we like. They have gifted us the freedom so that I can write this blog and you can read and share it with others.

The Royal Mint has created the largest ever coin in its 1,100-year history in celebration of the Queen's Platinum Jubilee.