Even though I spent the week relaxing, the news continues. Here are three significant stories from this past week.

The Senate confirmed Ventris C. Gibson as the 41st Director of the United States Mint. Gibson is the first African American to hold the post. The president nominated Gibson on January 7, 2022, after appointing her as Deputy Director and Acting Director. Her confirmation was on June 22, 2022.

Compared to previous appointments, the Senate acted with lightning speed to fill the vacancy left by David J. Ryder. Ryder’s resignation. The position was vacant for 264 days. 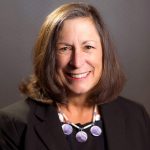 Chief Marilynn “Lynn” Malerba, 18th Chief of the Mohegan Tribe and the 45th Treasurer of the U.S.

The president appointed Chief Lynn Malerba to serve as Treasurer of the United States and lead the newly established Office of Tribal and Native Affairs. Chief Malerba is the first Native American to serve as the nation’s Treasurer.

Chief Marilynn “Lynn” Malerba became the 18th Chief of the Mohegan Tribe in 2010 and is the first woman to serve in this position in the Tribe’s modern history. Chief Malerba earned a Doctor of Nursing Practice and Masters in Public Administration degrees, and she has advocated for tribal health and management throughout her career.

Since the Federal Reserve Note includes the signatures of the Treasury Secretary and the Treasurer, it will be the first time in United States history that both signatures on the currency will be women. 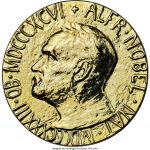 In 2021, the Nobel committee awarded Russian journalists Dmitry Muratov and Maria Ressa the Nobel Peace Prize for “their efforts to safeguard freedom of expression, which is a precondition for democracy and lasting peace.” Even though their news outlet, Novaya Gazeta, was closed because of the war, both have worked tirelessly to bring the truth to light and help stop the war.

Muratov, the editor-in-chief at Novaya Gazeta, decided to sell his Nobel Peace Prize medal to raise money for Ukrainian relief. Heritage Auctions hammered closed the auction for a record $103.5 million. All proceeds were paid to UNICEF’s aid efforts for Ukrainian children and their families displaced by war. It is a record sale for any Nobel medal and any numismatic item.

The mighty gold often overshadows its cousin silver, but did you know that its price jumped 70% the last year? From $15.5 per ounce, silver is now traded at $27 an ounce worldwide.

Amateur metal detectors have found a Viking-era cache of silver coins and jewellery in a field in Mynämäki in southwest Finland, the Finnish Heritage Agency has reported in a press release.

→ Read more at yle.fi
Britain to pull $18B in bank notes as it switches from paper to polymer

TBritain’s Central Bank will remove bank notes worth 14.5 billion pounds, or nearly $18 billion, from circulation by Sept. 30, as it seeks to retire its remaining paper currency in favor of polymer bills. The transition will make Britain the world’s largest economy that uses only plastic-like bank notes.

→ Read more at washingtonpost.com
Do ancient coins record the supernova of 1054?

SN 1054 was almost wholly absent from the Western record—except, potentially, for a subtle hint at it in the most unlikely of place: some Byzantine coins.

→ Read more at phys.org
Why Was Lady Liberty on All Our Original Coins?

Back in 1951, shortly before I was born, my father had a very challenging job. He worked at a tavern in a very rough Chicago neighborhood on East 51st Street. One very special day for me, anyway, a customer came into the tavern, ordered a drink, and paid for it with a half dollar.