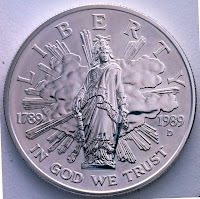 On March 4, 1789, the first congress convened under the new Constitution of the United States of America. Congress met at Federal Hall in New York City, the temporary capital until Washington, DC was built. Because March 4 was the first day of the constitutional government, it was the day that the president would be sworn in. This would last until the passage of the 20th Amendment of the Constitution in 1933. 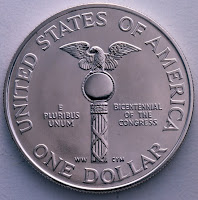 The formation and seating of congress predates the presidency. After meeting on March 4, committees were formed to create an infrastructure for the legislative branch, which was then debated on April 1, 1789, when congress had its first quorum. One of its first orders of business was to form the Electoral College that voted George Washington as the first President of the United States. Washington, who did not accept a salary, was the only president to be unanimously elected by the Electoral College for both of his terms. 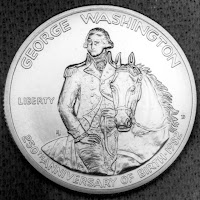 Washington appointed a cabinet and selected Alexander Hamilton as the first Secretary of the Treasury. In addition to setting up an economic system for the new country, Hamilton wrote a report to congress recommending a monetary system and a mint to strike coins in 1791. Congress did not pass the first Coinage Act until April 2, 1792.

As collectors, we can thank and curse congress over the politics of coin making in the United Sates. But without them, we would have nothing to collect!

Coin images courtesy of the US Mint.