One of the numismatic events of the spring season is the American Numismatic Association National Money Show. The 2014 show is set to begin on Thursday at the Cobb Galleria in Atlanta. Technically, I believe the area is in Smyrna, but the politics of Atlanta’s sprawl has areas around Atlanta but not in Atlanta calling themselves Atlanta. It is located at the northwest “corner” of the Perimeter where I-75 intersects the highway around the city. It is a nice area and the Cobb Galleria is a nice facility which should help make it a good show. 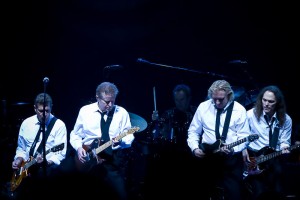 As much as I like the ANA shows, I will not be going. While I am in favor of moving the show earlier than May, when it was held in 2013, this weekend does not work for me. Aside from being my wife’s birthday, which of course is important, we also have tickets to the Eagles’ History of the Eagles Tour concert at the Verizon Center in Washington, D.C. No offense to the ANA, the Eagles announced that they will stop touring in 2015 and I want to see a concert before they retire. I missed my chance when we were younger, I want to go to one of their concerts at least once. After all, my “deserted island song,” the one song I would want to have if I was deserted on an island is ”Hotel California.” The acoustic version from the the Hell Freezes Over album is the most played song on my iTunes playlist.

But that’s my excuse, what about you?

Are you going to the National Money Show in Atlanta?