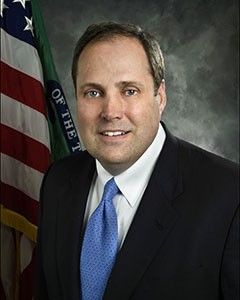 On Friday, July 9, The White House announced that President Barack Obama will nominate Rhett Jeppson to be the 39th Director of the U.S. Mint.

This is President Obama’s second attempt at nominating a director for the U.S. Mint. In September 2012, Obama tried to nominate Bibiana Boerio to the position. The former Chief Financial Officer of Ford Motor Credit and Managing Director of Jaguar Cars Ltd, then a subsidiary of Ford, did not receive consideration from the Senate before the 112th congress adjourned for the last time.

The U.S. Mint has not had a permanent director in 54 months, since Edmund Moy resigned in January 2011. Since Moy’s departure, Deputy Director Richard Peterson has been capably running the world’s largest coin manufacturing agency. Peterson returned to the position of Deputy Director for Manufacturing and Quality on Jeppson’s appointment.

Since the Director of the U.S. Mint is an appointed position, the U.S. Senate has the power of “Advice and Consent” on the nominations to head departments. Until this do-less-than-nothing congress gets around to doing their job, Jeppson will continue to manage the U.S. Mint as a federal executive employee but without the Director’s title.

Jeppson’s biography in the President’s announcement was as follows:

Matthew Rhett Jeppson, Nominee for Director of the Mint, Department of the Treasury

Matthew Rhett Jeppson is the Principal Deputy Director of the Mint, a position he has held since January 2015. Mr. Jeppson was Associate Administrator in the Office of Veterans Business Development at the Small Business Administration (SBA) from 2012 to 2015 and also served as the Acting Chief Operating Officer of SBA from 2014 to 2015. From 2010 to 2012, he was Lead Crisis Response Planner at U.S. European Command. Mr. Jeppson served as Deputy Director of Operations for U.S. Forces Afghanistan from 2009 to 2010. From 2004 to 2008, he was Chief of Joint National Training Capability and European Engagements Lead at the United States Special Operations Command and served as Counter-Terrorism Planner and Chief of Current Operations for Marine Forces Europe from 2001 to 2003. Mr. Jeppson was Director of State Purchasing and Special Assistant to the Secretary at the Department of Business and Professional Regulation of the State of Florida from 1999 to 2003, and he served as Operations and Exercise Officer at Special Operations Command Central from 1995 to 1999. He was Vice President of E. Mark Jeppson, Inc. from 1992 to 1994. He also served as Principal Battalion Staff Officer, 81mm Mortar Platoon Commander, Rifle Company Executive Officer, and Rifle Platoon Commander in the 1st Marine Division from 1989 to 1991. Mr. Jeppson received a B.A. from the University of Florida.