The U.S. Mint has also issued a 2017-P Lincoln Cent with a mintmark. It is the first and the only year the U.S. Mint will be issuing a mintmark on the one-cent coin that is already in circulation. Finding two in pocket change makes it one of my earliest new years find. 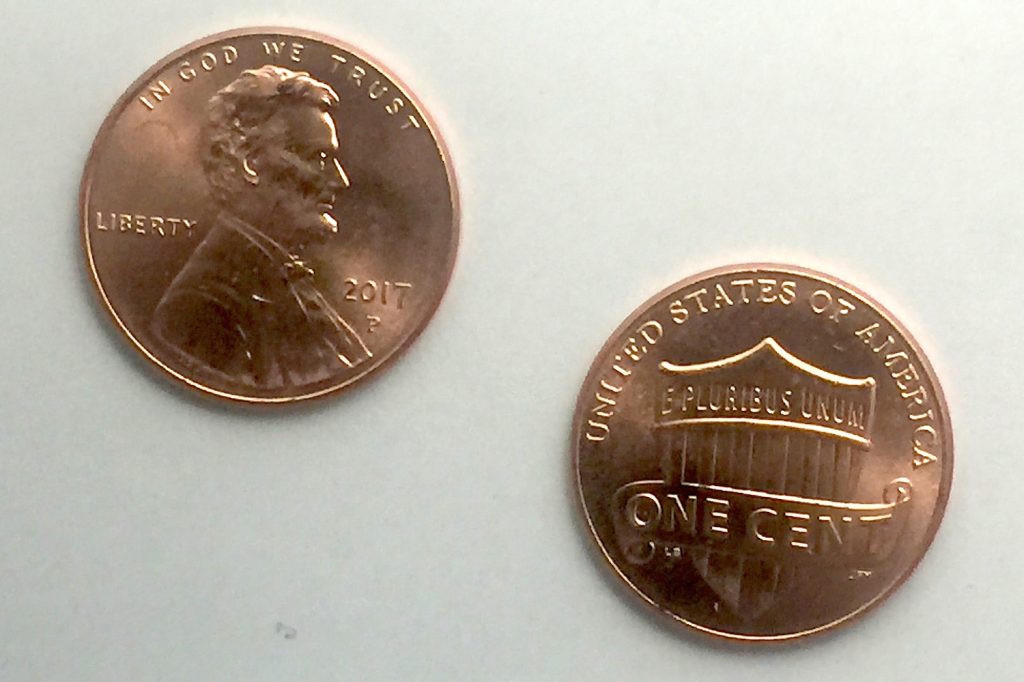 A pair of 2017-P Lincoln Cents found in pocket change

Coins struck in Philadelphia from the founding of the Mint in 1793 until 1980 did not include a mintmark. The exception was the Type 2 Jefferson nickels minted using the wartime alloy from 1942-1945. Coins struck using the silver-copper-manganese alloy feature a large mintmark above Monticello, including a “P” for Philadelphia.

In 1979, Susan B. Anthony dollars struck in Philadelphia included the “P” mintmark.

Beginning in 1980, all circulating coins struck in Philadelphia include the “P” mintmark except for the Lincoln cent until now.

A mintmark is part of the coin design that tells which mint the coins were produced. Using mintmarks to identify where coins were made began in ancient Greece. Coins that were released into circulation were required to have a “Magistrate Mark,” a distinct mark representing the magistrate in charge of producing the coin. If a coin was to have problems, whether by accident or on purpose, the government knows who the responsible party was.

The law does not require the U.S. Mint to add mintmarks to U.S. coins. It never has. However, the Coinage Act of 1965 (Pub.L. 89–81, 79 Stat. 254) eliminated the mintmark on coins for up to five years. When the U.S. Mint felt that the coinage crisis that led to this law was no longer a factor, they seized upon the “up to” language to return mintmarks to circulating coins in 1968.

When asked whether there will be special packaging that includes the 2017-P Lincoln cent, a spokesperson for the U.S. Mint said that they were not prepared to comment on that question. Stay tuned!