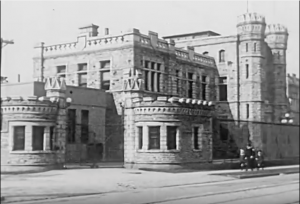 1920 Image of the Royal Canadian Mint in Ottawa

I am a firm believer that in order to understand how things evolved to the way they are today, we have to study the past. History teaches us lessons that we should learn from in order to not make the same mistakes and understand how to continue the evolution. This is why when I find old video showing how things were previously done, I watch it several times to see what I can learn about the past.

Take the video below, for example. It is titled “How money is Made” and appears to have been made for the Royal Canadian Mint by a company called Mogull Brothers Film Library in New York.

A quick bit of Internet research shows the company was founded and run by Charles Mogull (1898-1986) in Brooklyn, New York. Mogull Brothers were one of the early content creation pioneers. They would shoot a film on various subjects, edit them into smaller features, and sell the features to companies that would use them in larger compilations. Their content would be everything from features like the one they created for the Royal Canadian Mint, news events, interviews, show promotions, etc. and footage they would buy from photographers. The little information I could find on Mogull suggests that the company ceased operation in the late 1950s.

It is a silent film that the person who posted it to YouTube added music. Even with the music, you can see how film technology has changed. Rather than being able to overlay the wording over the image, a process called keying, printed cards are used to describe the content and spliced into the film.

At the moment the film shows the making of the dies, they show the dies of a 1920 Canadian one cent coin with the image of George V. It was under George V, shortly after his ascension to the throne, that the Parliament Act 1911 transferred a lot of governing power to the House of Commons and started the erosion of monarch’s power.

Although we are well into the industrial revolution, the mix of automation and human interaction is fascinating. For example, starting around the 8-minute mark, there is a man bouncing the coins listening for its distinctive ring that silver coins make when bounced on a hard surface. Nowadays, machines with sensors and computers check the coins for quality. Even circulating coins are rarely touched by human hands.

Finally, as a little comic relief, when the film shows the title cards, look in the lower right corner at the graphics they chose to use. The filmmaker tried to use the graphics to emphasize something about what you will see next.