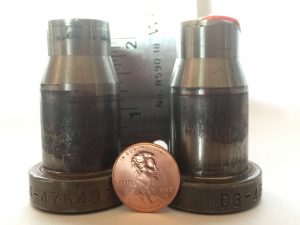 In the hunt for something interesting, I stumbled across two listings on eBay for a two error dies from the Denver Mint being sold by noted error expert Fred Weinberg. These Lincoln cent dies are not dies with errors but dies with part of the design still visible.

Dies from the U.S. Mint makes for an interesting collectible. Standing about 2½ inches tall and about 1¼ inches across the base where it is loaded into the coining press, it is really an unremarkable piece of metal. Weighing 192 grams (about 6.8 ounces), the only distinguishing marks on the die is the serial number stamped on the base.

Before being discarded, workers at the U.S. Mint are supposed to completely grind off the design so that it cannot be used to strike counterfeit coins. Even though it is not cost effective to flood the U.S. economy with counterfeit Lincoln cents, the U.S. Mint does not want to take the chance someone will try. Once the design is removed from the die it can become a collectible.

Close-up images of the dies make the visible design look more dramatic than in person. After all, the images were likely taken with a macro lens on a die used to strike a coin 19.05 mm (0.750 inches) in diameter. Even so, the idea was fascinating enough for me to submit bids high enough to win both dies.

The first “error” die was used to strike the obverse of 1993-D Lincoln cents. This die is not completely filed down since it does show some of Lincoln’s hair. Although not a large area, there is enough of the incuse portion of the die’s section to be able to identify it as hair and providing a good guess as to where it would be on the coin. The sticker in the image was placed there by the seller. I decided to leave the sticker. 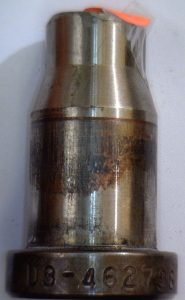 Serial number for the 1993-D Lincoln Cent obverse die shows the D for Denver, 3 for 1993, and followed by a sequence number 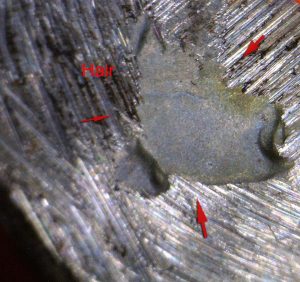 Close up of the 1993-D Lincoln cent die showing part of the hair design still visible.

The other error die was used to strike the reverse of 1994-D Lincoln cents. In this case, the “error” is very subtle. There are two lines that would have been where the bottom two steps of the Lincoln Memorial would have been. Based on the placement, these would be to the center-right of the Lincoln statue in the monument. In the image, it is at the bottom of the “R.” I do not know why the “CR” is written on the die but I am not removing it, for now. 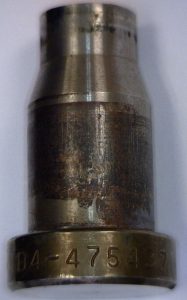 Serial number for the 1994-D Lincoln Cent reverse die shows the D for Denver, 4 for 1994, and followed by a sequence number 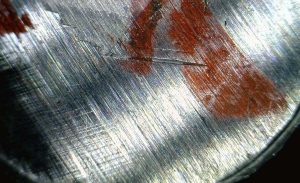 I do not know how Fred Weinberg finds these items but they are fascinating. The next time you go to a show you should check out his inventory. He finds some really interesting errors that have to be seen to be believed. 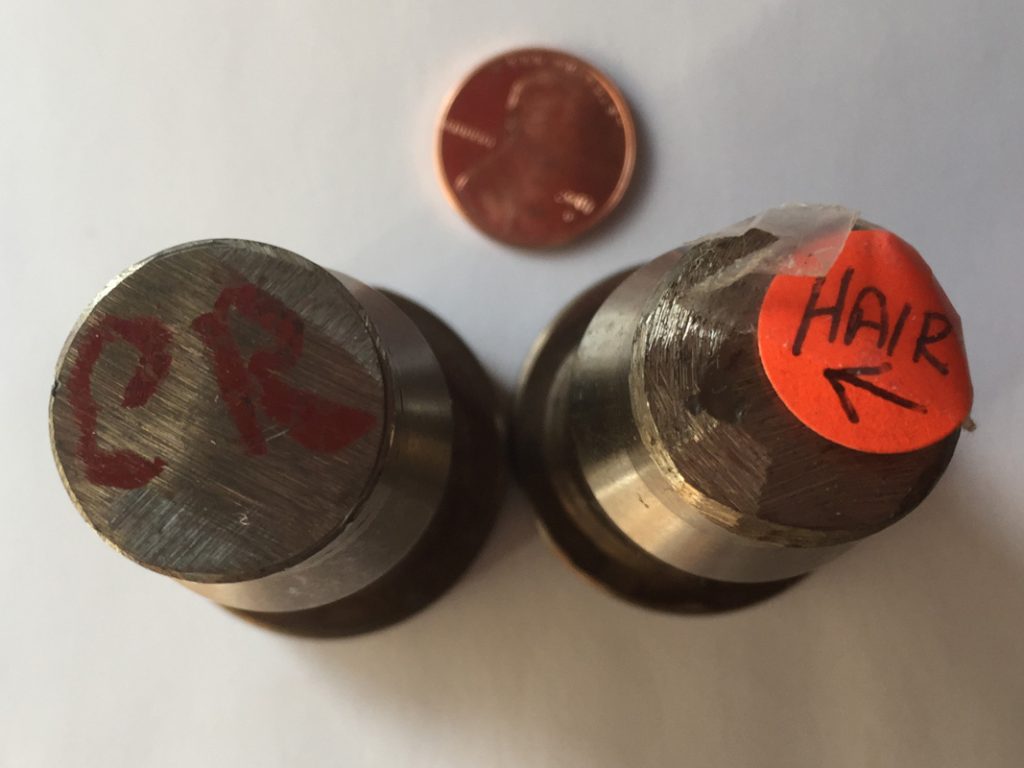