Why isn’t the World’s Fair of Money being live streamed? 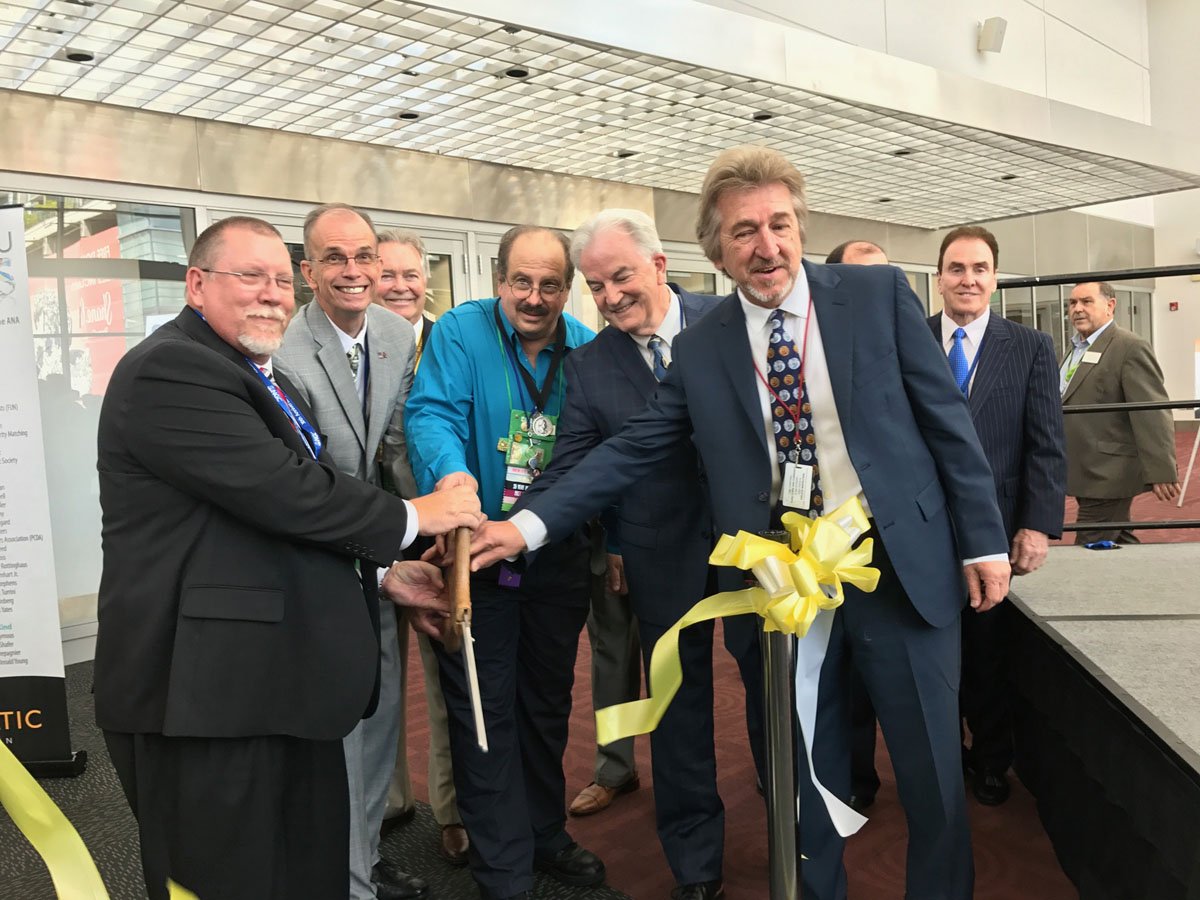 Since the World’s Fair of Money has opened let me get into my annual rant:

Why isn’t the show broadcast for those of us who cannot attend?

Once again, work obligations have prevented me from traveling to attend the World’s Fair of Money. Unfortunately, it has been a few years since I was able to attend. I want to go. I want to be there. But since I am not a dealer, Real Life becomes a deterrent.

Since the American Numismatic Association Technology Committee was formed and I was asked to be a member, I have been calling for some way to bring parts of the show to the public that cannot attend.

It is not like there is a big technological barrier anymore!

Twitter has the capability to allow for streaming but I have been told that there are some technical issues that make streaming for a long time a little difficult. Minimally, a standard smartphone could be used to stream videos.

Instagram videos have a one-minute time limit that could also be used those quick hit items.

YouTube has a streaming service but there is a question about accessibility. Google makes YouTube unlimited streaming available through YouTube Red service, their paid service. There is a way to add shorter streaming content on YouTube but it is not as easy.

But if you want easy, there is always Facebook!

The easiest way to stream video on Facebook is the open the Facebook app on your favorite smart phone, go to your timeline, the press the button that says “Live” where it allows you to send an update. The app lets you adjust the camera before you press the button to go live!

Someone does not have to hold a camera. There are adapters for any smart phone that will allow one to attach the camera to a tripod.

For a little more money, a used 720p high definition camera could be purchased, interfaced with a computer, and the video streamed to both Facebook and Twitter. There is switcher-like software that will take the audio and video from the camera and broadcast it using both sites.

Someone could have broadcast the opening ceremonies.

There could be on the bourse floor interviews including at the Whitman booth where famous numismatic authors will be there for autographs.

The U.S. Mint has introduced the 225th Anniversary Enhanced Uncirculated Set. A camera could be brought to their booth to show the set.

Every Money Talks presentation can be live streamed.

For those of us who cannot attend, having access to video of the show may not be as good as being there but is a darn good substitute.

And the best thing about these videos is that they can live on forever! The broadcasts on Facebook and Twitter will remain on those sites for those who cannot watch live. The videos can be captured and posted on YouTube.

Videos can be sponsored.

[FADE FROM BLACK] “We are here on the bourse floor with Joe Dealer to talk about the show.” But what you did not see is that Joe Dealer donated money to the ANA for that access. Remember, the ANA is a not for profit organization and needs the funds to do this.

It is not like some of them are video streaming virgins. Both Heritage and Stacks-Bowers will be live streaming their auctions at the show. This is not the first time either company has provided these types of auctions.

Live streaming can benefit everyone. The ability to introduce more people to the hobby is invaluable. You can promote the ANA, dealers, and the hobby. If you like what you see, come join us. The more people who become interested can become members.