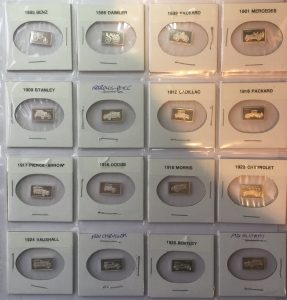 One way to make collecting more fun is to combine interests. One of the members of my local coin club loves cats and has always had one around his house. To help enhance his collecting experience, he collects coins, medals, and tokens with images of cats.

I recently learned that the family of another club member was from Rhodesia. He is working on a collection of Rhodesian coins from before they became Zimbabwe.

My interest is cars. I love the muscle cars of my youth, particular the Mopar muscle. But I love all of the older cars. I think that their designs through the muscle car era had depth and style. Other than the 1959 Cadillac with the biggest fins ever produced in Detroit, I find the Art Deco look of the pre-war cars very appealing.

Recently, I was able to add to my cars and numismatics collection by finding one gram silver ingots with images of vintage cars.

While searching online auctions looking for holiday-related one grams silver ingots to use as gifts, I stumbled across a seller with about two dozen of the ingots with images of classic cars including an 1879 Benz, largely considered the first commercially available automobile. I systematically placed a minimum bid on each of the ingots and decided not to pay any more than one dollar per ingot. When the auctions were over, I won 16 of the 24 that were for sale. 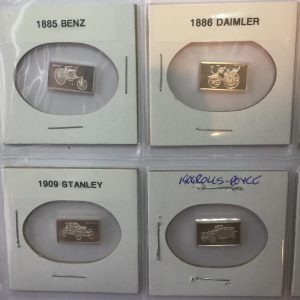 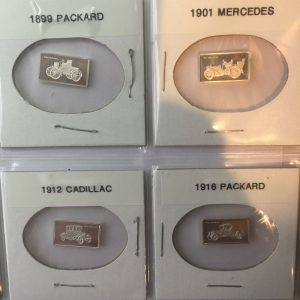 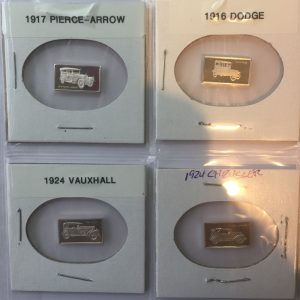 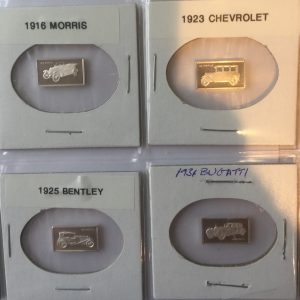 When they arrived, I examined them closely looking for something to indicate who might have made them. Aside from the image of the automobile on the front and the manufacturer on the reverse, there is a sequence number and a copyright that says “476” on the bottom right. The numbers are so small that I needed a 16x loupe to see them.

Each ingot contains 1 gram of .999 silver. At the current price of $16.99 per Troy ounce, each ingot contains 55-cents worth of silver. Since I paid 99-cents for each ingot I think I did pretty well on this deal. They will fit nicely with my Somalia classic cars and motorcycle coins.

If anyone has information as to who created these ingots, please comment below or contact me with the information. 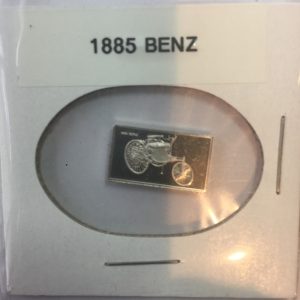 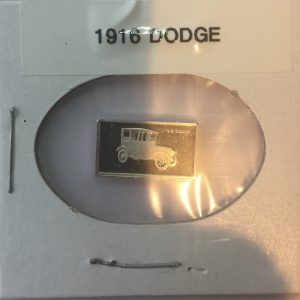 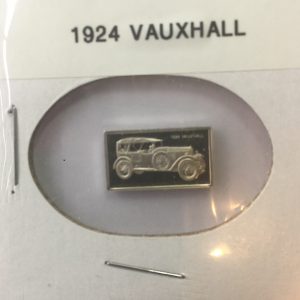 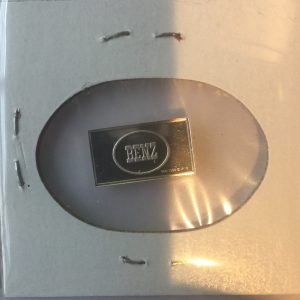 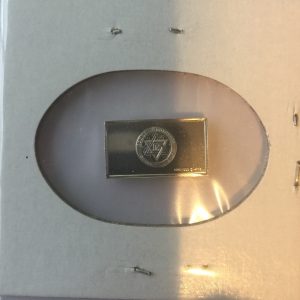 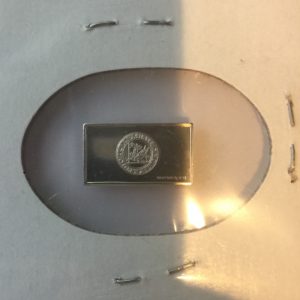