Passing the time after 10:00 PM on Monday night, the television found its way to the History Channel for the return of Pawn Stars, the reality show about a pawn shop in Las Vegas. While the first show of the hour was just interesting it was the second show that started at 10:33 PM that was more intriguing.

Although the show was marked as “NEW” on the visual guide, it first aired last January. To make sure I was able to study the coins more, I found the episode on the History Channel website. It is also available on YouTube at https://youtu.be/yTKbcAKbQtU. (embedded below)

Opening the show, a seller name Walter walked in with two rare coins. The first coin was a 1792 Half Disme and the other a silver Libertas Americana. Two coins dating back to the earliest days of the country’s history.

If you recognize Walter his full name is Walter Husak. In 2008, Husak sold his extraordinary collection of large cents at an auction held during that year’s Long Beach Expo. For this show, he was selling the two coins. 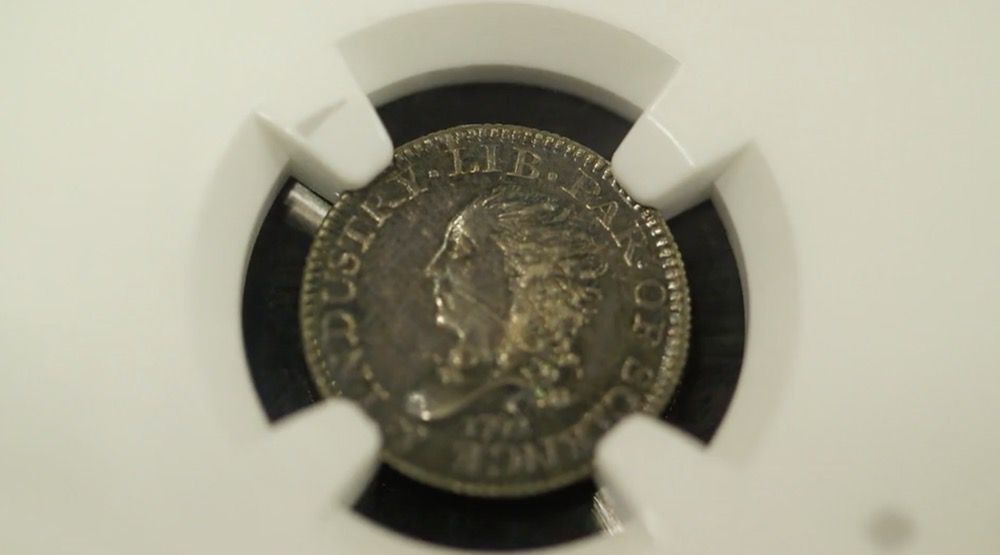 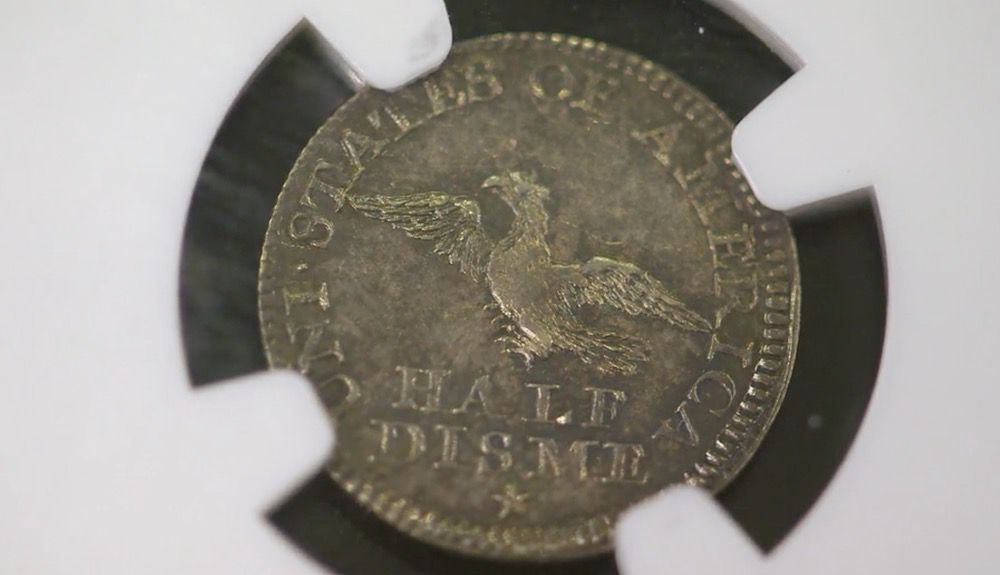 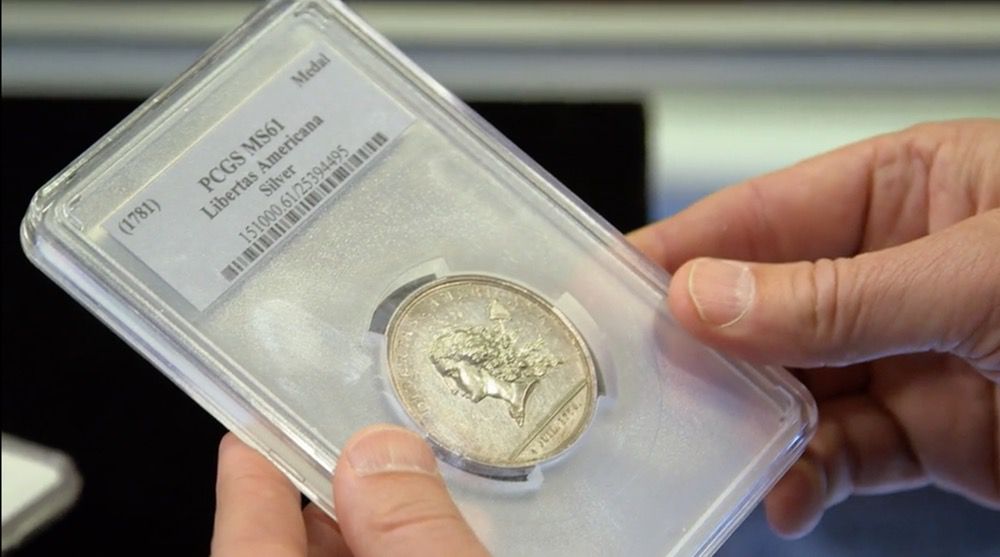 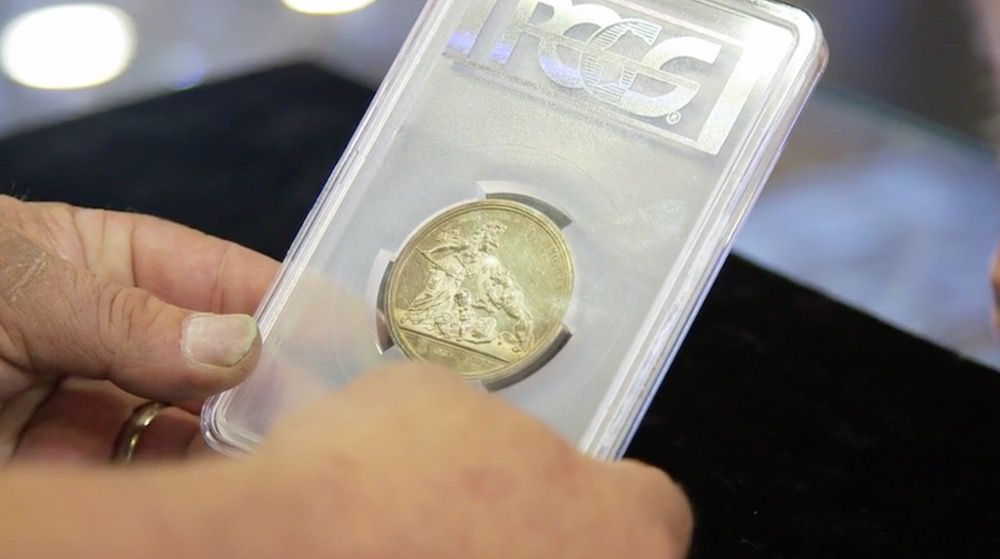 As with a lot of these purchases, Rick calls in an expert for assistance. This time, the expert is Jeff Garrett, the founder of Mid-American Rare Coin Galleries in Lexington, Kentucky and immediate past president of the American Numismatic Association. 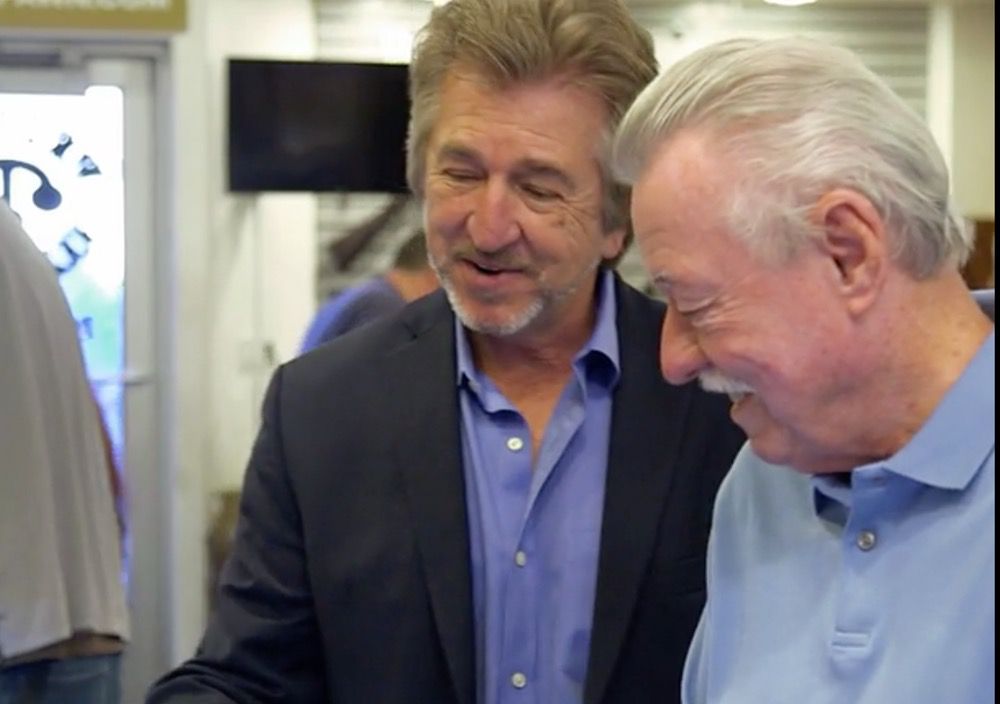 I noted that Garrett’s firm is in Lexington since the location of the television show is in Las Vegas. While doing a little online investigation into the prices and to see if there was more information, there was a note on the Collectors Universe forums suggesting that the segment was not a reality, but it had been staged.

According to user “cardinal,” he wrote:

Jeff Garrett is one of the experts that gets brought in to evaluate numismatic items for the show. For this specific episode, Jeff was looking for both a half disme and a Libertas medal, and Jeff was able to locate them and had the respective owners’ permission to have them appear on the show. The half disme is pedigreed to the Garrett Collection, and the silver Libertas medal was one that Jeff Garrett had sold some years back. (This particular Libertas medal has been in the Cardinal Collection for the past 6 years.)

I believe Ccardinal is the anonymous person behind the Cardinal Collection who has collected some of the finest coins in the PCGS registry.

Following a discussion on the actual Libertas Americana used for the show, he ends with:

During the show, the half disme was a no-sale. The Libertas medal was shown as sold at $150K on camera. That being said, the piece was not actually sold, even though Rick actually did want to buy it for $150K.

I have heard stories as to how some segments are real and some are staged. When I spoke with Charmy Harker about her appearance in 2012, I was under the impression that her attempt at selling a World War II-era aerial bomber camera was not overly staged. That does not seem to be the case in this episode.

My one complaint is that these two esteemed numismatists mispronounced the name of the coin. Everyone kept pronouncing disme as “DIZ-ME.” In reality, disme is pronounced as if the “s” was not included in the word. Disme is derived from the French term for tenth but pronounced dime—which is why the “s” was dropped after the first issues of 1792 coins.

Oh well… it was a fun segment to watch.