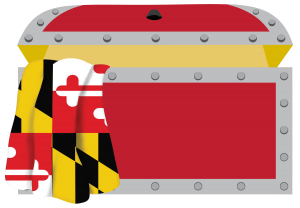 For the last few weeks, a few have noticed that there has been a slowdown in my postings. Several have written during the last week-or-so asking if I was doing well and whether I have abandoned the blog.

To those who have written, thank you for your concern. Following a bought with a sinus infection, I am doing well. But that was not why posting has slowed.

I mentioned that I started a business working with collectibles and estates. From a 4,000 square foot warehouse with a 400 square foot showroom, my staff and I are working with a diverse crowd interested in all sorts of items from memories in vinyl records to vintage comic books. We are also working with estates and downsizers to help sell off assets via private branding online auctions.

When I started, I thought the business would be a good idea. It would fill a niche that does not exist in this area of Maryland. When I opened the doors at my 4,000 square foot space, I told my wife that the place is so big that it may take more than a year to fill the space.

I opened the doors at the end of June without advertising. I thought I would begin with organic growth while completing the setup. The advertising campaign began in August. By mid-September, I had a client list that created more demand for our services than I can serve from the 4,000 sq ft warehouse. In October, we are generating revenue that I originally projected would have occurred six months from now.

I knew I had a good idea but I did not know this business would take off as fast as it is!

For now, I am working seven days a week and late into the evening. Although I try to take Sunday off, I have to work today. But I do not mind. I am having fun.

I am meeting new people and allowing myself to enjoy this process. And it allows me to do practice what I preach… I may be the boss but my employees have a say in how things are done. They are encouraged to tell me when I do something wrong, offer suggestions, and make some decisions on their own. My assistant allowed some unusual consignments that later turned into quick and profitable resales. She’s good!

As for the Coin Collectors Blog, I am still posting stories to social media and collecting the best ones for this weekly post. I do have a number of posts I started but never finished that I will get to shortly—including my thoughts on the Apollo 11 Commemorative coin design. I just need to complete the priority tasks for the next few days then I will be back.

A commemorative series of £5 coins has been released to mark the Prince of Wales' birthday. It features an engraved portrait of Prince Charles, who turns 70 on 14 November. The Royal Mint, based in Llantrisant, Rhondda Cynon Taff, also struck coins for his 50th and 60th birthdays.

A $1 coin has caused a storm on social media after its owner spotted an odd feature, but there is a simple explanation to this ”˜time-travelling’ coin. The heads side of the coin is marked with the year 2019.

In less than a month, many nations around the world will mark a momentous date. This year, November 11th will be the 100th anniversary of the Armistice to end the horrific tragedy of the First World War.

$1 million for a penny? Extremely rare 1792 coin set for auction

A mind-blowing coin with a nifty hidden mechanic is wowing the internet. The object in question was made by Roman Booteen, an Instagram artist who creates intricate carvings on Zippo lighters and coins.

4 indicted over theft of huge gold coin from Berlin museum

German prosecutors have indicted four young men over the brazen theft of a 100-kilogram (221-pound) Canadian gold coin from a Berlin museum. The "Big Maple Leaf" coin, worth several million dollars, was stolen from the Bode Museum in March 2017.

What NOT to Do With Coins

“The most wonderful time of the year” is quickly approaching, and you know what that means. Parties, potlucks and…plenty of time to show off your beloved bullion coins, collectors coins…