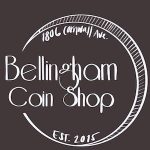 R.B. Wick is the owner of Bellingham Coin Shop & Iron Gate Estates in Bellingham, Washington. He likes to create treasure hunts around Bellingham using social media to give clues as to where he hid the treasures. Wick held a treasure hunt this past week where he hid approximately $2,500 in prized in 20 spots.

Prizes range from cash to coins to estate finds. It piques the interest of those around the Bellingham area.

For those not familiar with Bellingham, it is the last city in the United States as you travel north on Interstate 5 toward the Canadian border. I made that drive in June 1998 and stopped in Bellingham before crossing the border. It was a nice place for the few hours we spent there. After a nice lunch as a short walk, we continued our trip saying we should return.

Even though Bellingham is a small city, it can serve as a lesson to a lot of other numismatists and dealers. What better way to promote yourself and the hobby than a treasure hunt. Sure, there have been reports of coin drops, but with those, you run the risk of the coin not being found and continuing its journey through the banking system.

A treasure hunt, like geocaching, can be fun. Instead of relying on the special equipment that most geocaching hunts require, you make it like a scavenger hunt with clues posted on social media. It is a way to cultivate followers and potential clients.

It can also be a tool to have people learn more about coin collecting. Rather than hide a coin that someone may throw into a draw, how about a certificate to let them come into your shop to get them started on collecting. Dealers can start new clients with an affordable collection that can be used to promote an interest in collecting.

This is such a good idea that I am thinking about using it for my business. Except I will wait until the weather is a little warmer!

An Israeli tour guide and her friend last week stumbled across a rare 1,900-year-old coin from the time of the Bar Kochba revolt unearthed by recent rains in the Lachish region, southwest of Jerusalem, the Israel Nature and Parks Authority said Monday.

Anglo-Saxon pendant dating back 1,500 years is discovered by an amateur metal detectorist

An amateur metal detectorist has compared finding a 6th century Anglo-Saxon pendant in a muddy field to 'winning the lottery'. The shiny piece of gold was originally mistaken to be a 'chocolate coin' due to its immaculate preservation but experts proved it is a gold pendant from 1,500 years ago.

He’s known for his Bellingham treasure hunts, and here’s his first clue to a $300 prize

Three straight days of snow have been a pain in the neck, but if you haven’t taken the chance to go out and play in it, you might want to consider this. R.B. Wick, the owner of Bellingham Coin Shop & Iron Gate Estates who is known for his love of creating treasure hunts around Bellingham and posting clues on his various social media accounts, has another treasure hunt going in honor of Valentine’s Day.