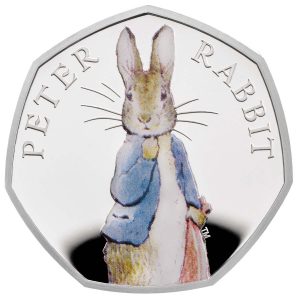 At least once per month, one story that catches my eye and causes a reaction. Many times I let it pass without comment because I know there is more to the story than what the news reports. This time I looked a bit deeper.

Mints around the world do business differently than the U.S. Mint. In many cases, these mints are public corporations or private corporations contracted to strike coins on behalf of the government. Very few are state agencies like the U.S. Mint.

From what I can tell, the United States is the only country where coin design is governed by the whim of 535 people whose design esthetics are eclipsed by their inability to understand the effects of their decisions. In other countries, themes and designs are managed through the mint in cooperation with the central bank and the government.

In the United Kingdom, the committee advising the Royal Mint has a membership of ten men and three women. According to reports, this committee is usually lead by a Cabinet Minister. It is the practice that the minister is selected from the House of the Lords, the least powerful branch of the government.

A Controversy is now brewing in the U.K. because a proposal to honor Emily and Charlotte Bronte with commemorative coins were rejected. Even U.S. educated children know about the Bronte sisters having been assigned to read Wuthering Heights and Jane Eyre in school.

It is not the first time that the committee rejected the selection of a woman author. The committee had decided not to honor Enid Blyton, a children’s author. Blyton wrote over 600 children’s books that echoed her conservative and moral lifestyle. Although she continues to be criticized by more literary critics, her books remain popular.

The committee decided that Blyton was not worthy of the honor.

The British women authors are up in arms over the decision. But could this be a tempest in a teapot?

This year, the Royal Mint issued coins celebrating the 20th anniversary of The Gruffalo and Mouse. The Gruffalo is a children’s book written by Julia Donaldson. The book is about a mouse’s adventures walking through the woods until it meets the mythical Gruffalo.

The award-winning book was translated into 59 languages and made into an animated short film.

Although the Royal Mint did not honor Donaldson on a coin, her characters are so honored.

The Royal Mint has also issued 50p coins honoring Paddington Bear, a character that became popular in the United States through the movie. While Michael Bond wrote Paddington Bear, the books were initially illustrated by Peggy Fortnum.

We learned that whether committees or politicians design coins, they will get it wrong. We also learned that maybe we should stop trying to put humans on coins because regardless of the decision, someone is going to be upset. Sometimes, it is not worth the hassle.

BRYAN, Ohio — Tom Reed of Bryan, Ohio donated more than 50 books to the Williams County Public Library, which mainly center on numismatics, also known as coin collecting. Reed saw a need for books on coin collecting to be available to the public, and decided to offer many books from his personal collection to the Williams County Public Library, said a news release.

WINNIPEG—The Royal Canadian Mint has issued a new coin featuring a portrait of Louis Riel, an important Métis leader and the founder of Manitoba. The coin was launched on the 175th anniversary of Riel’s birth.

OSAKA — While a 500-yen coin may not go as far as it used to, at least it still weighs the same. That's the verdict of the annual weight test of coinage, which was held at the Japan Mint in Osaka's Kita Ward on Oct.

Hobo nickel is a term used to describe the 18th century sculptural art form of hand-engraving coins, resulting in miniature bas-relief sculptures that you can hold in the palm of your hand. While the ancient art is rarely practised today, Russian artist Roman Booteen keeps the craft alive with his extraordinary coin carving designs.

The original 29 March 2019 design for the Brexit 50p. The date was changed to October 31 and now, presumably, will be altered again  Credit: Treasury A small batch of special Brexit 50p coins minted with October 31 are expected to become collectors' items now that it looks almost certain Britain will not have left the EU by then.

Are you a coin collector who wants to get a job in the coin business? Plenty of numismatic jobs are out there! Today, I’m going to show you how to find a job working with coins.

The production of thousands of special commemorative Brexit coins has been put on hold amid continuing uncertainty over when the UK will leave the EU. The Royal Mint had been asked to make new 50p pieces featuring the 31 October date on which the UK was due to leave and a message of "Peace, prosperity and friendship with all nations".

– Umayyad, a historic Islamic coin which was made around 723AD has sold for £3.7m – Among the inscriptions said to be on the coin is one that reads "Mine of the Commander of the Faithful" – The coin was initially billed to sell £1.6m but increased at the auction because of much interest

Royal Mint bosses have been accused of sexism for rejecting plans to honour novelist sisters Emily and Charlotte Bronte with special coins. The Mint’s male-dominated advisory committee on commemorative coins was accused of failing to ‘take women seriously’ after snubbing the authors of Wuthering Heights and Jane Eyre.