Why the ANA does not have online education 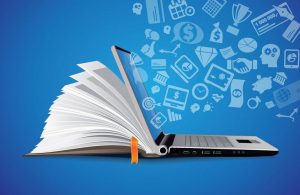 As COVID-19 spreads across the United States, most states have a stay-at-home order in place, preventing people from venturing out. Schools, businesses, religious services, and minor medical appointments are meeting online. Services like Zoom and Microsoft Teams that were once the domain of a few companies have dramatically grown.

The question is that if this is available to colleges, schools, corporate training, and seminars were online, then why the ANA is not able to offer Summer Seminar online?

In 2017, then ANA President Gary Adkins initiated the proposal to bring online education to the ANA. Although the concept was good, the process was fraught with members of the Board of Governors thinking they knew better than the headquarters staff and the Technology Committee.

The membership does not give the ANA staff enough credit. The ANA is a complicated organization with a constituency from the novice collector to the largest auction houses. Very few organizations have a mission as broad as “numismatics.” Yet, with dwindling resources, the staff in Colorado Springs manage to keep the ANA running. When someone from the headquarters, including the executive director, says something that would make it easier on them, I will pay attention.

The question of, “What do you want?” became a nagging question. Nobody can tell us what they wanted? How can the Technology Committee write requirements for a system that we do not know what it is supposed to do? The direction was supposed to come from the Education Committee. Participation from the Education Committee ranged from non-existent to inconsistent. We tried to get better input, but they did not seem interested.

The Technology Committee came up with something that resembled requirements, questions about what online education systems can do remained. Executive Director Kim Kiick suggested that we send out a Request for Information (RFI) to potential vendors.

Two of the three demonstrations were informative. These were companies that provide online educational services to schools, training services for companies, and seminar services for many organizations. The third was a smaller company with a limited educational background but more knowledgable about numismatics.

The company with a limited educational background either was not able or chose not to provide a demonstration of their system. Since some members of the Board favored this company, they were given additional opportunities to answer how their system would meet ANA requirements.

For the next four months, there were significant discussions about what to do next. One member of the Board of Governors was pushing to use the company that could not provide satisfactory answers. It appeared as if this Governor had an agenda to have this company do the work rather than finding the right solution.

The cost was a significant concern. Creating any significant technical project has a very high upfront cost. Every aspect of the initial installation, configuration, integration, and initial operations has a higher price than continual maintenance and incremental updates.

Every indication that working with the company that could not provide satisfactory answers to our basic questions was a penny-wise solution. The company would be able to transition some existing software and make it work quickly. Where that decision would have been pound foolish would have come from the recent crisis because the questions that they could not answer would have been key to maintaining the system in this environment.

In other words, for a short-term win, the ANA would have been hit with a significant black eye when the COVID-19 pandemic drove everyone looking for online content. The proposed system may not have been able to scale, it was not mobile device friendly, and the authoring process is too restrictive to move quickly.

By December 2018, the Board agreed to open the process to competitive bidding. I worked with the headquarters staff to draft a Request for Proposal (RFP). The completed rough draft of the RFP was passed around for internal review.

Unfortunately, the process slowed down because of time restrictions for the understaffed headquarters and the volunteer Tech Committee. There was also a slowdown following the 2019 Board of Governors’ election. After the election, there was little guidance as to how the new president and Board wanted to proceed. The impression was that the new Board did not want to move forward.

The new Board of Governors took control at the 2019 World’s Fair of Money. Instantly everything stopped. Standing committees, whose members are appointed by the president, were left in limbo. There was little communication from President Steve Ellsworth, and nobody was sure what to do next.

It took over a month to hear from Ellsworth. Few people who were talking behind the scenes heard anything. It was known he wanted to make changes, but he was not communicating with anyone who would be impacted.

The silence was curious. The ANA announced the results in early July, and the World’s Fair of Money was four weeks later. Ellsworth was already a member of the Board and knew his way around. Why did he not have a transition? Instead, everything stopped for one month.

In early September, Ellsworth sent his guidelines for the Technology Committee. Missing from his objectives was online education. Regardless of the time and effort that occurred before the World’s Fair of Money, ANA President Steve Ellsworth eliminated the online education program.

According to his goals, it was to be replaced by an e-commerce system to sell goods from the ANA Shop in Colorado Springs.

Which is more important, the American Numismatic Association, a federally chartered organization to provide numismatic education, creating an educational initiative, or selling trinkets from the store? I will leave that as an exercise to the reader.