With the ANA, History Ain’t Changed 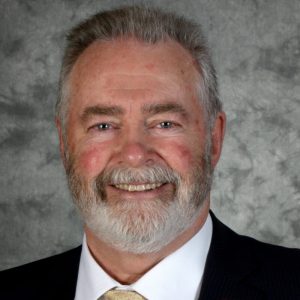 After I wrote yesterday’s post criticizing the ANA President and Board of Governors for inaction during the pandemic, I received an email asking for a comment about the President’s column in June’s The Numismatist.

Admittedly, I had not downloaded the June issue as I am still reading stories from May. After downloading the issue, I turned to page 9 to read the message. To my surprise, I found this passage:

First, ANA Governor Rob Oberth promises to transform our IT and social-outreach programs in a significant way. Our previous progress has been too slow for far too many years. This is not the time for armchair quarterbacks. The days of those who think their role is to sit on the sidelines and give opinions and “sharp shoot” others is over. Rob pledges to engage those naysayers to lead, follow or get out of the way. He is uniquely qualified to gather the necessary support to push the programs through and expedite their success.

OPEN MESSAGE TO ROB OBERTH: Been there. Done that. Got the award to prove it.

I was once an armchair quarterback. Then I was invited to be part of the solution. After six years, I learned more about the ANA’s intricacies than someone with one-year on the Board of Governors could fathom. I know the history, which is very important because it looks like we are going backward. Remember, George Santayana once opined that if you do not learn from history, then you are destined to repeat it.

It is no secret that I am not a fan of Steve Ellsworth. Aside from his previous actions with me, other things bother me about Steve.

I am not trying to minimize the worldwide effect of this pandemic. My business is closed as being “nonessential,” according to the government. My livelihood is on the line. As someone very close to being of Medicare age, this is not the time to start over. However, the U.S. Mint continues to strike coins. It was considered a market catastrophe when the West Point Mint closed for a short period.

Compassion and understanding is one thing. Leadership and being levelheaded is another. Skipping over World War I, Great Depression, World War II, and 9/11 dismisses other lessons from history. Remember the warning from George Santayana.

Although Steve has not said it in so many words, his actions prove that I will not be on his Christmas card list.

But that is not what bothers me. What bothers me is that after six years of helping with the ANA’s technology, bringing it up from the virtual stone age, and working to prevent the ANA from making a multi-million dollar mistake, Steve will not ask me to help on behalf of the ANA.

I came out against him in the election. Big deal! This type of thing happens all of the time, and Steve should know better. He once lived in the shadows of Washington, DC. Opponents work with each other after the elections are over.

I did not respond in his timeframe for input to his strategic plan. Well, Steve forgot that exercise, too. I have not seen anything about this “strategic plan,” nor has anyone else I asked.

If Steve is such a student of history with a fixation on the Civil War, he would recognize how President Abraham Lincoln included those who were opposed to his presidency in his cabinet. It was a move that was uncommon in the 19th century as it is today. I recommend reading Team of Rivals by Doris Kearns Goodwin if you want to learn more about a real profile in courage. I can lend my copy!

As a numismatic historical reference, Lincoln appointed primary rival Salmon P. Chase as the Secretary of the Treasury. Chase was considered more radical than Lincoln. The former Whigs did not trust the one-time Democrat after he joined the new Republican Party. As Treasury Secretary, Chase created the paper currency system, which led to his portrait appearing on the first $1 Demand Notes. Later, his portrait would appear on the $10,000 gold certificate.

I do not know Ron Oberth. However, I am sure the reason he has not contacted his immediate predecessor is that Steve said something. I know Steve will respond along the lines of, “I did not tell Ron not to talk to you.” I know, Steve. But you are the type that I would have to check for the knife if you pat me on the back. I am willing to bet that Steve said something like, “I don’t think he would have anything to offer.”

I do not expect to be contacted by the Ellsworth, Oberth, or anyone with the Board of Governors. Too bad, because I would have agreed to work with the ANA regardless of these opinions. I would do it for the benefit of the Association.

I expect to hear from Steve’s fans!

His fans are a fiery bunch. Anytime I criticize Steve, my inbox gets scorched with the same type of vitriol that makes the evening news after a presidential rally. However, the difference is that I can work for the benefit of the whole while I can disagree with someone.

Yes, Steve, I am going to be an armchair quarterback because you took me out of the game and cut me from the team. I know what the ANA needs and why it has not made progress. I will use that knowledge to make sure that membership dues benefit the members.

Sun Tzu did not write, “keep your friends close but your enemies closer.” That was from The Godfather Part II. But it was Machiavelli who wrote, “It is easier for the prince to make friends of those men who were contented under the former government, and are therefore his enemies, than of those who, being discontented with it, were favourable to him and encouraged him to seize it.”

Double extra brownie points to anyone who can guess from which song the title of this post was adapted from!