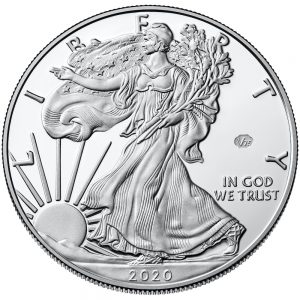 It shows that even for a retired expert, this computer stuff can be complicated. But for a government agency with a full-time professional staff and contractors with alleged expertise, the ordering experience of last week’s End of World War II 75th Anniversary American Eagle Proof Coins coins was not an acceptable situation.

My issue was coordinating a response with a hosting company to resolve my issues. The U.S. Mint should not have the same issues. They should have control over the systems and manage the contractor that is providing their service.

Unfortunately, I learned that government agencies do not manage contractors well. Contracts officers (CO) do not show the willingness to make contractors take responsibility for their work. Their technical representatives (Contract Officer Technical Representatives or COTR, pronounced CO-TAR) are ineffective since they tend to serve two bosses, the CO and the project leader.

When I worked for one of the bureaus in the Treasury Department, efforts to consolidate information technology functions did not end well. Each bureau had their reasons for the others not to play in their sandbox. However, the U.S. Mint’s network was a candidate for expanding Internet-related connectivity for applications. Their systems and network could handle more Internet traffic at the time than any other bureau. The U.S. Mint’s IT staff pushed back on the attempt to consolidate with them.

It appears that little has changed with the U.S. Mint. They seem to be circling their proverbial wagons to protect themselves while only tacitly recognizing a problem. After recognizing the problem, then they have to figure out how to fix it.

One of the most significant mistakes government agencies make is not producing proper requirements that contractors can answer. How do they know if the contractor can do the work if you have not told them exactly what to do? The biggest failure of government projects is the lack of appropriate requirements analysis. So far, it looks like attempts to update their web-based services were incomplete and may be a victim of this failure.

Let’s hope that the U.S. Mint will figure it out and make the necessary changes because it is frustrating for the numismatic industry.

TEHRAN – A total of 5,000 historical coins being kept at Rasht Museum of Anthropology in northern Gilan province have been documented. “5,000 coins dating back to different historical epochs including Achaemenid, Parthian, Elamite, Sassanid, Umayyad, Al-Buwayh, Seljuks and Mongol ilkhans, and Elymais, have been documented,” the provincial tourism chief Masoud Hallajpour announced on Saturday.

→ Read more at tehrantimes.com
Coin circulation is improving, but some stores reeling from a summer of few coins still ask customers for spare change

CHICAGO — Coins were in short supply last month at El Nopal Bakery in Chicago’s Little Village neighborhood as the coronavirus pandemic and statewide shutdowns stymied the flow of coins through the economy.

An incredibly rare 900-year-old coin unearthed by a metal detectorist has sold for almost £30,000 at auction. The silver penny issued by a Yorkshire landowner was found by Rob Brown in two inches of mud in a stubble field near Pickering.

→ Read more at news.bitcoin.com
Villager finds stash of 17th-century coins after falling off his bike while looking for mushrooms

The coins date from between 1657 and 1667, pointing to their minting shortly after the Deluge, a series of wars with Sweden throughout the 17th century which wreaked havoc and destruction throughout the Polish-Lithuanian Commonwealth.