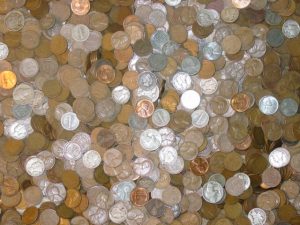 It has been a rough few years, so it is good to highlight a good story.

A news story from KXAS, the NBC-owned station in the Dallas-Fort Worth area, reported that a coin dealer opened a new storefront three years after being robbed.

According to the report, Christian Lyche was robbed of 75-percent of his inventory in April 2019. Although the police caught the robber, Lyche did not recover any merchandise or compensation.

Lyche said that the numismatic community helped him set up online, and he was back in business. After rebuilding his business, Lyche opened Dallas Gold and Gun last weekend. He reported having a good opening weekend.

Congratulations to Christian Lyche for recovering, following your dreams, and maintaining a positive presence in the hobby.

Three years ago, Christian Lyche was at the beginning of his career and also rock bottom. He’d recently opened shop in Corinth, turning a passion for collecting coins into a thriving business. "I loved coins long before I bought and sold them, I collected them, traded them,” said Lyche.

Marine archaeologists diving off the coast of Caesarea have discovered a number of ancient artifacts in recent months, including some dating back to the third century, the Israel Antiquities Authority revealed on Wednesday.

Deep beneath the streets of London, locked in a vault behind a heavy swing door and iron gate, is the world's largest collection of rare coins. There are around 20,000 of them, from Roman denarii and ancient Greek decadrachms to British gold double sovereigns.