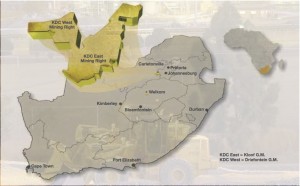 Gold Fields, a South African-based mining company, reported on Friday, August 31, that approximately 12,000 mine workers at the Kloof-Driefontein Complex (KDC) East mine in South Africa embarked on an illegal strike starting Wednesday night. Gold Fields reported that as of Friday, two full days of production was lost.

According to Gold Fields, KDC East produces 1,660 ounces of gold per day.

The Association of Mineworkers and Construction Union (AMCU) has said that they are not involved with the strike and claims the strike was caused by a dispute between National Union of Mineworkers (NUM) branches. AMCU is working with the South African government over the shooting deaths of 34 and wounding 78 striking minders by police at the Lonmin Platinum mine on August 16. The South African National Prosecuting Authority charged 270 miners with murder and attempted murder. 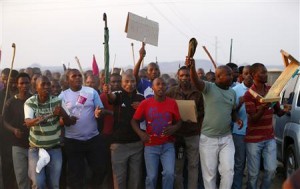 Striking platinum mineworkers gather for a report back on negotiations at Lonmin’s Marikana mine in South Africa’s North West Province, August 29, 2012.

NUM workers have been on strike since August 10, primarily in a dispute with their own union claiming that the union leaders are more interested in politics than the needs of the miners.

Lonmin reports that a 6.6 average attendance in all shafts of the mine following the shootings. The mine is located in the city of Rustenburg, northwest of Johannesburg.