Announcing My Candidacy for the ANA Board of Governors 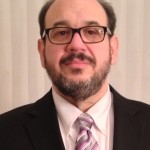 Montgomery County, Maryland—Newly installed Montgomery County Coin Club (MCCC) President Scott Barman announced that he would be running for a seat on the American Numismatic Association (ANA) Board of Governors.

“I would like to bring new ideas to the ANA that will increase its membership beyond the steady 25,000-28,000 of the last decade,” Scott said in his announcement. “Not only does the ANA need to embrace the future, but find ways of keeping young numismatists engaged after they reach 18 years old instead of waiting for them to find their way back after 40.”

Like many young numismatists, Scott’s collecting pursuits waned when he entered college. Although he carried his old blue folders and albums through adulthood, there was never time to engage in the hobby while growing a career and family. Like many, that changed in his 40s after becoming a widower.

Scott believes that if the technology was as available as it is today, he could have integrated collecting into his young adult activities into his life and continued with his collecting interests.

“Technology has changed a lot since I wrote my first program on punch cards,” Scott noted. “We use technology for everything from our work to talking with our neighbors. Schools teach classes online. Seminars are held online. Virtual organizations meet online. The ANA should embrace technology to keep those between 18 and 40 engaged.”

In keeping up with the technology industry, Scott knows that social media and computer-based learning are part of the fabric of life for those under 40. There is a lot that can be done with modest investments to keep young numismatists engaged as they advance to adulthood and help others interested to engage.

“A number of reports said that more than 3 million people were collecting State Quarters since the program started in 1999,” Scott said. “Why hasn’t that interest translated into more ANA members?”

Aside from making the services and resources of the ANA more available to its members, Scott is worried that the Association does not feel more accessible to the average collector. While the support from the commercial community is important, the ANA would benefit by engaging more collectors.

Building a service platform that the ANA can deliver its content to a wider audience will go a long way to engage current and new collectors. This will help make the ANA a leader in educating the public and possibly a model for similar organizations to emulate.

Another area that has to be addressed is the stability of the ANA Headquarters. For the second time, a dismissed executive director has chosen to pursue a claim against the ANA in court. This gives the appearance of a dysfunctional situation in Colorado Springs. Scott believes that the professionals working for the ANA are competent and qualified, but the Board of Governors must look into what it will take to create an atmosphere to support them and prevent the problems of the past.

“With support for the professionals in Colorado Springs and expanding the use of technology to engage more collectors, the future of the ANA will be very bright,” Scott added.

When Scott returned to collecting in 2002, he joined the Montgomery County Coin Club. Finding a club with an active membership, Scott embraced the challenge to become more active and looked to make an immediate impact. Shortly after joining, Scott became Webmaster of the MCCC website (montgomerycoinclub.org) and began to contribute to meetings with presentations. Eventually, Scott was elected to the MCCC Board of Directors before being first elected club president in 2008.

Scott served two terms as MCCC president including 2009, the club’s 50th anniversary. Club rules prohibited seeking a third consecutive term, so he became a board member and then vice president. Scott was elected president for 2013 and will continue to serve the club as its president and Webmaster.

After becoming hooked on numismatics again, Scott joined the ANA in 2003 and read everything he could find about his collecting interests. This has lead to Scott joining the American Israel Numismatic Association while collecting Israel currency and exploring his Jewish heritage, and the Royal Canadian Numismatic Association to learn more about Canadian coinage since his second wife’s family is from Canada.

Following his time as a club representative to the Maryland State Numismatic Association (MSNA), Scott became a member and the organization’s webmaster (mdstatenumisassn.org), board member, then was elected vice president for 2012. MSNA Vice President Scott Barman is serving his second term in 2013.
In 2005, Scott started the Coin Collectors Blog (coinsblog.ws) that he continues to write today. The Coin Collectors Blog is where Scott has spoken directly to other collectors writing about news, history, instructions, opinions, and whatever else has come to mind. This has lead to articles that have appeared in on-line and printed numismatic publications.

Recently, Scott has been working with the Gold & Silver Political Action Committee as political coordinator keeping the membership informed of the numismatic and precious metal news in his locale, Washington, DC.

When not involved in numismatics, Scott is an information security and systems architecture analyst for a not-for-profit corporation that works with the Federal Government. His job is to help the government build systems to serve the public and protect personal information. Scott holds a Bachelor of Science with a major in Computer Science from the University of Georgia and a Master of Information Systems Management with a concentration in information security and public policy management from Carnegie Mellon University.

Scott is currently finishing a book about collecting titled Enjoying Numismatics, A Conversation in Collecting. This will be published as an electronic book to reach the same audience he wants to interest in becoming ANA members.

Scott’s next project is tentatively titled The Policy and Politics of Money Manufacturing in the United States. The plan is to use his interest in public policy and numismatics and study what is behind the minting and printing of money in the United States. It will also help answer the perpetual question, “Why did the Mint do that?”

Scott is passionate about collecting and the organizations that support the collector and dealer communities. He would like to use his unique background to bring a new perspective to the Board of Governors and to ensure the ANA’s future.

To read more about my platform, visit my campaign website at vote4scott.info.