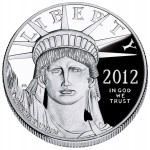 It was reported in the numismatic press but not formally announced by the U.S. Mint that they filed a notice that appeared in the Federal Register (78 FR 11954) raising precious metal prices. The new prices, which are as much as 30-percent higher than the previous became effective as of noon (ET) on Wednesday, February 27, 2013.

It was noted in the U.S. Mint’s annual report that seigniorage on precious metal products were lower in 2012 than in years past. This move appears that the U.S. Mint is trying to make up for that lost revenue.

The announcement can be found at the Government Printing Office website

or you can find a printable version at on the U.S. Mint’s website.