A look inside the U.S. Mint at West Point 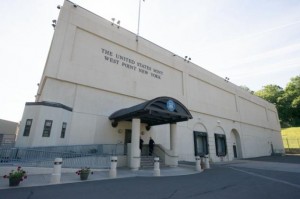 This year, the U.S. Mint Facility at West Point, New York turn 75 years old. When opened in 1937, it was to be the nation’s silver bullion depository giving it the nickname “The Fort Knox of Silver.” In 1988, West Point was granted mint status.

The “W” mintmark on U.S. coins is highly prized since it is the only mint not to strike circulating coins with its own mintmark. While the West Point Mint did strike cents from 1973 through 1986, the coins produced were not struck with a mintmark.

Located just outside the United States Military Academy, the West Point Mint does not allow visitors or tours for security reasons. However, exceptions are made. With the facility celebrating its 75th anniversary, the U.S. Mint has been allowing journalists to visit and take pictures of their operations.

Thus far, the best set of images were published in the Daily News. In the article, “West Point Mint, with $80 billion in precious metals, celebrates 75th anniversary,” the reporters visit the West Point Mint and bring back some very interesting picture. You can read the story on the Daily News’s website or if you just want to see the pictures, you can see this board I created on Pinterest.

The Daily News also created a two-minute video looking inside the facility. The video follows (if it begins with a commercial, it is being sent by the Daily News—the cost of embedding their video):

If you are having problems seeing the video, go here.

All images and the video courtesy of the Daily News.