When in the Course of human events… 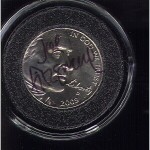 The Continental Congress met on July 1, 1776 to take up the resolution of Richard Henry Lee, a delegate from Virginia. Lee had brought with him a resolution from the Virginia Convention to “propose to that respectable body to declare the United Colonies free and independent states” that was first heard on June 7, 1776. The July 1 meeting was the culmination of the resolution being documented by John Adams (Massachusetts), Roger Sherman (Connecticut), Benjamin Franklin (Pennsylvania), Robert R. Livingston (New York), and Thomas Jefferson (Virginia). Although the document went through some editing by Franklin and Adams, it was still Jefferson’s words that rang forth:

When in the Course of human events, it becomes necessary for one people to dissolve the political bands which have connected them with another, and to assume among the powers of the earth, the separate and equal station to which the Laws of Nature and of Nature’s God entitle them, a decent respect to the opinions of mankind requires that they should declare the causes which impel them to the separation. 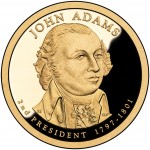 Asserting their right of freedom from the “the establishment of an absolute Tyranny over these States” was a bold move of this body. One that could land every one of them in jail, ruined, tortured, or dead. But these men, some of great means, risked everything and pursued a path of freedom and justice.

We hold these truths to be self-evident, that all men are created equal, that they are endowed by their Creator with certain unalienable Rights, that among these are Life, Liberty and the pursuit of Happiness.—That to secure these rights, Governments are instituted among Men, deriving their just powers from the consent of the governed,—That whenever any Form of Government becomes destructive of these ends, it is the Right of the People to alter or to abolish it, and to institute new Government, laying its foundation on such principles and organizing its powers in such form, as to them shall seem most likely to effect their Safety and Happiness. Prudence, indeed, will dictate that Governments long established should not be changed for light and transient causes; and accordingly all experience hath shewn, that mankind are more disposed to suffer, while evils are sufferable, than to right themselves by abolishing the forms to which they are accustomed. But when a long train of abuses and usurpations, pursuing invariably the same Object evinces a design to reduce them under absolute Despotism, it is their right, it is their duty, to throw off such Government, and to provide new Guards for their future security.

Accusing the King of crimes against the colonies and using his whim, and not laws, to rule the colonies was as immoral as it was illegal. Taxation without representation, the right to govern oneself, housing militia without permission, restricting trade, and suspending trial by jury were some of the accusations levied against the crown.

Even as Benjamin Franklin sought to try to negotiate with the King and his representatives, Franklin toiled with the Continentals as he saw that the King’s court was not negotiating in good faith.

Nor have We been wanting in attentions to our Brittish brethren. We have warned them from time to time of attempts by their legislature to extend an unwarrantable jurisdiction over us. We have reminded them of the circumstances of our emigration and settlement here. We have appealed to their native justice and magnanimity, and we have conjured them by the ties of our common kindred to disavow these usurpations, which, would inevitably interrupt our connections and correspondence. They too have been deaf to the voice of justice and of consanguinity. We must, therefore, acquiesce in the necessity, which denounces our Separation, and hold them, as we hold the rest of mankind, Enemies in War, in Peace Friends.

With a final unanimous vote, Richard Henry Lee’s resolution was passed on July 4, 1776. Copies were engrossed over night and formally signed on July 5, 1776 before being dispatched to the colonies.

On this, the 238 anniversary of the signing of the Declaration of Independence, may you revel in the accomplishment and pray for peace in our time. 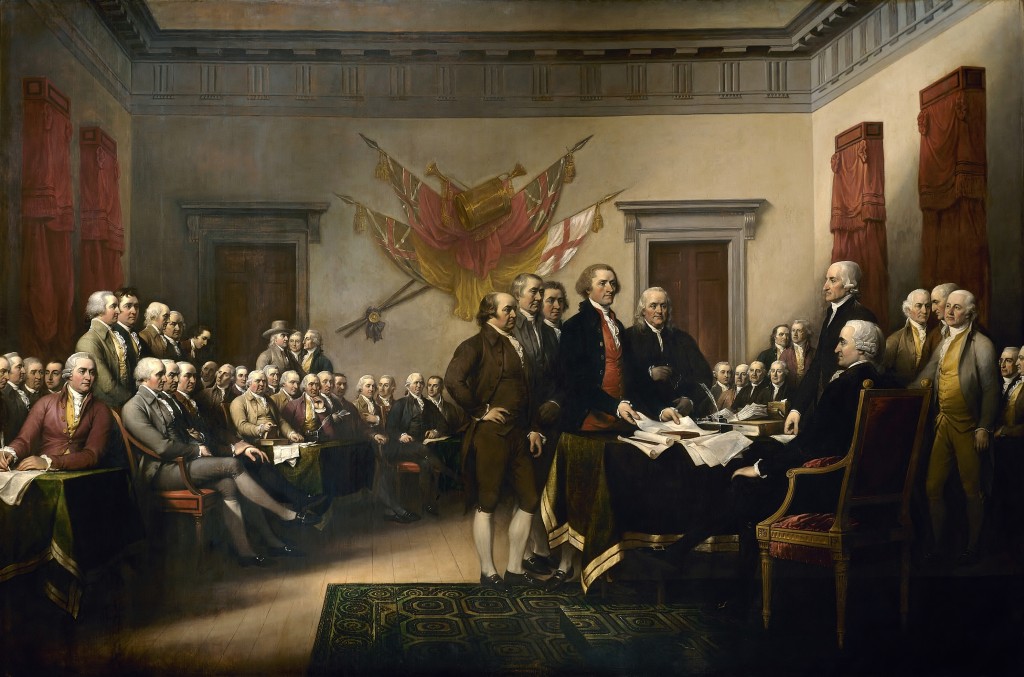 John Trumbull’s Declaration of Independence hangs in the U.S. Capitol Rotunda. It was used as the model for the reverse of the $2 Federal Reserve Note.

Image of the Joe Fitzgerald autographed 2005 Jefferson Nickel is property of the author.
John Adams $1 coin image courtesy of the U.S. Mint.
All other images courtesy of Wikimedia Commons.