Buying the book instead of the coin 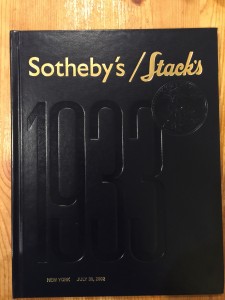 Currently, there is only one example of this coin that is legal to own. Dubbed the Farouk-Fenton 1933 Saint-Gaudens Double Eagle, researchers traced the coin was legally exported to Egypt for King Farouk.

In 2002, the coin sold at auction for $7,590,020 to a private collector. As part of the settlement that made the auction necessary, the proceeds were divided between the United States government and British coin dealer Stephen Fenton. The FBI arrested Fenton trying to sell the coin at the Waldorf Astoria Hotel in 1998.

The coin’s colorful history is documented in two books that span the coin’s history from the conditions of their beginning to the auction sale, including being removed from storage at the World Trade Center before its destruction on September 11, 2001.

It is not a coin that an ordinary collector can own. Rather than owning the coin, why not own the auction catalog from that sale?

Stack’s partnered with Sotheby’s to auction the coin. It was the only lot in the auction held at Sotheby’s New Yor headquarters at 6:00 PM on Tuesday, July 30, 2002. The highest bid was $6.6 million when the hammer fell. A 15-percent buyer’s premium made the sale price $7,590,000. To monetize the coin, the government required the $20 face value payment that the Federal Reserve would have paid in 1933.

I purchased the auction catalog from Kolbe & Fanning during a recent sale. It is a special hardbound edition with over 50-pages about the coin, this sale, and its history. Most of the contents were written by David Tripp, who was then the director of Sotheby’s coin, tapestry, and musical instrument departments. Tripp later expanded on what he wrote for the catalog and published Illegal Tender: Gold, Greed, and the Mystery of the Lost 1933 Double Eagle.

It was a beautifully produced auction catalog. Even though the catalog is a summary of Tripp’s book, it is a piece of numismatic history. And since I cannot afford the coins, I bought the book instead of the coin. 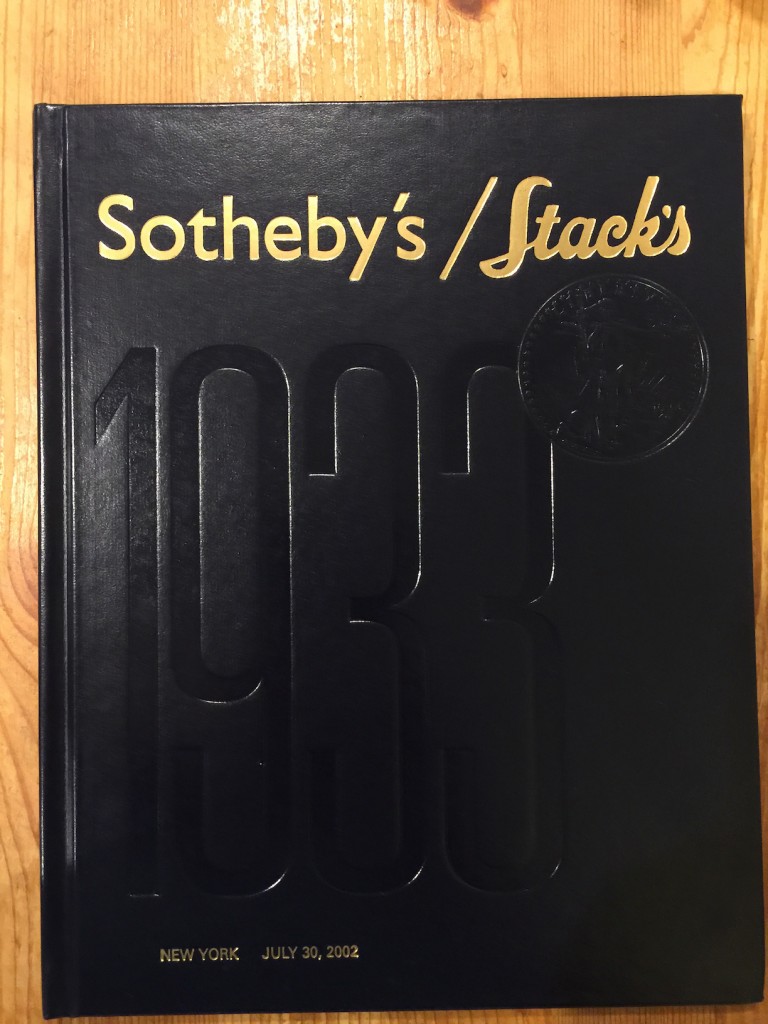 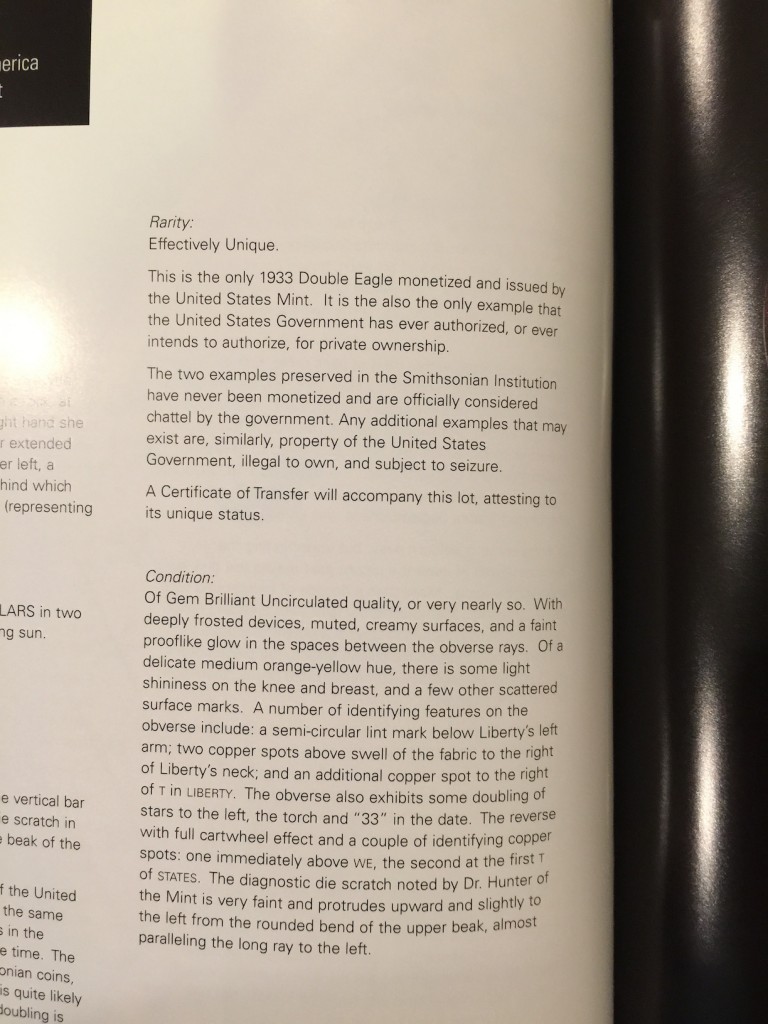 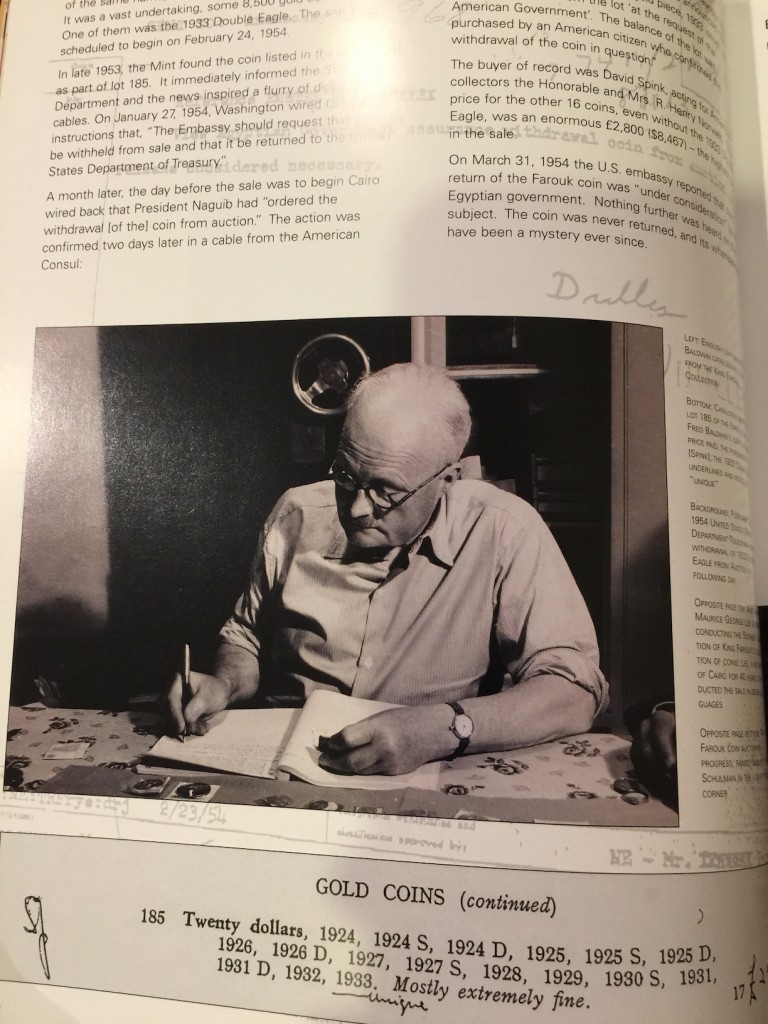 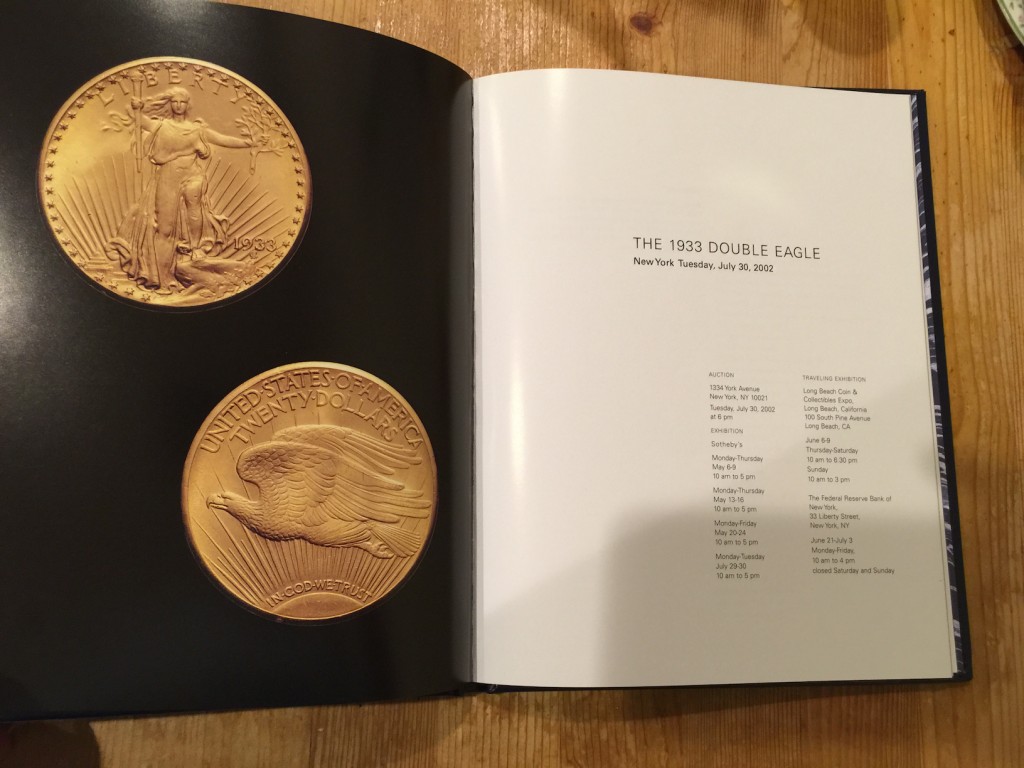 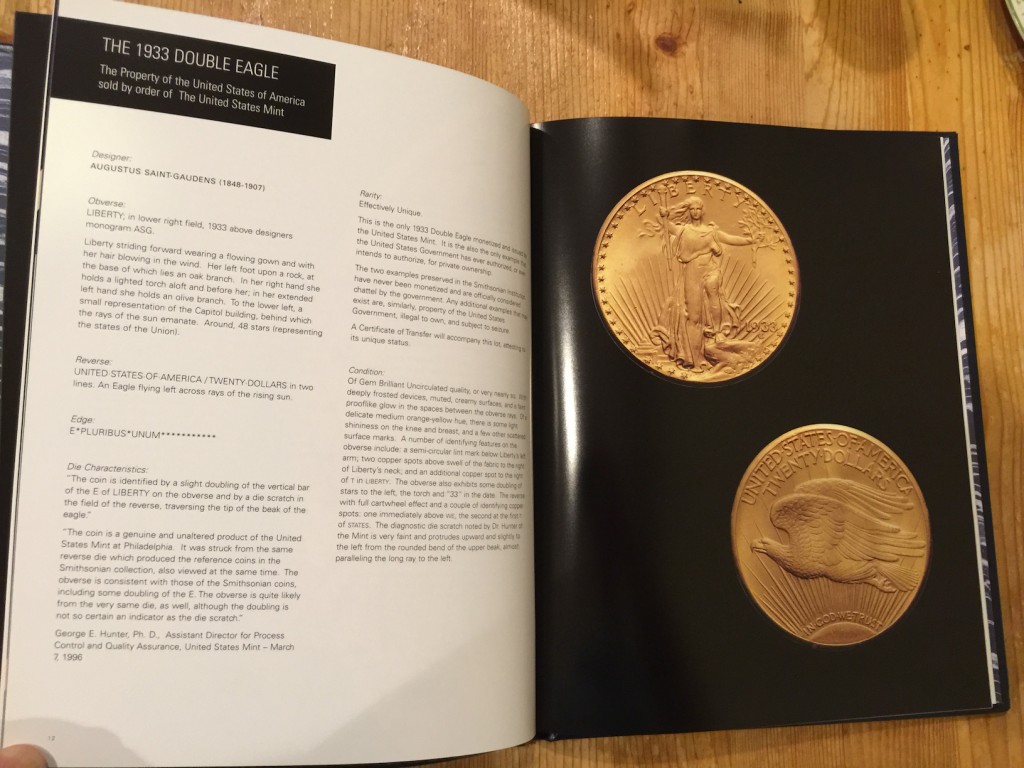