Your change is not changing 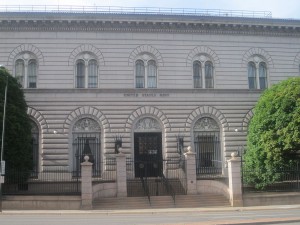 United States Branch Mint in Denver. In 2015, Denver produced over 8 billion coins, more than any other mint!

The U.S. Mint is like no other company in the world. Aside from being the world’s largest manufacturer of coins, the way it does business is regulated like no other business. The U.S. Mint cannot just strike a coin, such as the alleged $1 trillion platinum coin that the hyperbolic media likes to exclaim. They can only do what is prescribed by the law.

On January 11, 2016 the U.S. Government Accountability Office (GAO) release a report (GAO-16-177) about the “Implications of Changing Metal Compositions.” The GAO, an agency of the Legislative Branch, is supposed to be an independent, nonpartisan agency that investigates how the government spends taxpayer dollars and reports their findings to congress. It is important to remember that the GAO does not investigate for the sake of investigating agencies. They are asked by members of congress for a report about the implementation of specific policies. This report was requested by Rep. Bill Huizenga (R-MI), Chairman of the Subcommittee on Monetary Policy and Trade under the Finance Committee.

NON-NEWS FLASH: The U.S. Mint spends more money on the metals used to strike one- and five-cent coins than their face value.

“Wait,” you say. “That’s not news.” Of course you are right because you are an astute collector and a reader of the Coin Collectors Blog! Unfortunately, those who write news stories point to this GAO report to show that they are correct for proposing their narratives supporting changes to be made at the U.S. Mint. By focusing on the metals costs misses the entire story. 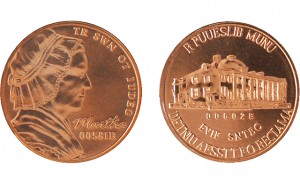 First, the report admits that the “potential government savings found these estimates to be narrow in scope.” The GAO’s narrow scope is because this report is based on a 2012 study of alternative metals performed by Navigant for the U.S. Mint. Navigant was constrained to performing their study to alloys that have been used by other mints, like the Royal Canadian Mint, and immediately available from United States manufacturing sources. Further, they did not consider the 2014 updated study that has more information than considered.

Changing coinage metals will not translate into instant savings. In fact, for the first two-to-three years it might show a loss greater than if congress would leave the metals composition the same. It is not clear whether the current die making and coining presses would work with a different planchets. And we are not talking about a few presses. Can you imagine how many presses were needed in Philadelphia and Denver to produce over 8 billion coins in each location in 2015?

If I remember correctly from my last visit to the Philadelphia Mint, there were 20 presses in one row of presses in Philadelphia. Four rows were used to strike one-cent coins in three 8 hour shifts. There were two rows striking five-cent coins. Change the composition of these coins and that means the U.S. Mint will have to make changes to 120 presses!

That only covers the physical changes to the presses. Since most of the alternative alloys are harder than the current cupronickel alloy, dies will have to be replaced more often, the presses will require additional maintenance, and the processing will have to change. There are annealing machines, upsetting mills, and internal transportation systems that would have to be changed for the new alloys.

I spoke with a friend who works for a major manufacturer with facilities all over the world. During the discussion I was reminded of the usual changes in manufacturing that causes interruptions but are significant to think about. For example, oil refineries can close for two-weeks to a month in order to be retooled in order to change the production of fuel blended for cold weather driving to those for warmer weather driving. These costs are built into the prices you pay at the gas pump.

Similarly, an automobile manufacturer that changes model designs have to close to retool and retrain employees on the new designs. Making simple changes are easy. Change a body style and the entire line has to close at a cost to manufacturing. 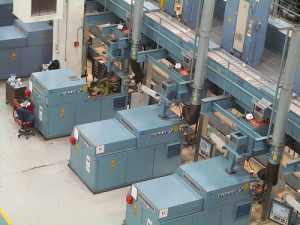 Retooling the Philadelphia and Denver mints will be like an automobile manufacturer changing the entire design of a model. The plant will be closed, new equipment will have to be installed and tested, and the employee trained. Planning, purchasing, and installing the equipment will require money to be spent. There will be more costs for training of everyone from the engravers that have to consider coining issues with the new metals to the die makers to the line workers.

The other story missed is that the GAO claims that the coin-operated industry over estimated their estimation on the costs to the industry if change is changed. The GAO report cites a 2014 study provided to the U.S. Mint by the National Automatic Merchandising Association (NAMA), the $45 billion per year vending industry trade association in the United States, which says it will cost from $100 to $500 per machine to convert them to accept new coinage while the old coinage continues to circulate.

While trying to justify the over estimation claim, the GAO actually strengthens the NAMA argument by not controverting the per machine cost.

The GAO does not consider that the NAMA does not represent the entire coin-op industry. The American Amusement Machine Association (AAMA) represents coin-op games (video, pinball, etc.), fair operators, gum ball machine manufacturers, jukebox manufacturers, and similar businesses. When the report was first discussed, then AAMA President John Schultz was reported to have said to leave the coinage alone “because it works, rather than risk the costly consequences.” AAMA has not provided an estimate for those costly consequences.

Another consequence would be changes that the government would have to undergo to support new coinage alloys. Any location that the government relies on cash transactions would have to be updated accordingly. While the Postal Service has eliminated most of their vending machines in favor of automated kiosks, this change will hasten a complete removal of those vending machines that continue to operate in areas where electronically connected kiosks cannot be supported. This could leave people in remote communities without particular services they rely on. 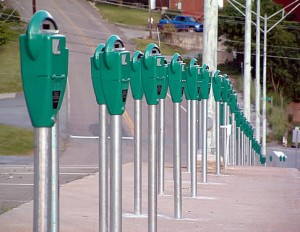 In addition to the federal government, local governments that rely on parking meters, parking systems, mass transit fare collection systems, tolls, and other systems would have to be converted. Although cost estimates have not been made those costs will be paid by the users of the service and you, the taxpayer.

Someone my say to just eliminate the one-cent coin. Why not? Canada did it, why can’t the U.S. do the same? The most significant problem is that this would change an economy that is over 9-times the size of the Canadian economy. Using the Gross Domestic Product (GDP), the total cost of goods and services, as a benchmark converted to U.S. dollar, the World Bank reports that the GDP of $1.5183 trillion in 2010, the last year statistics are available. Similarly, the U.S. GDP in 2010 was $13.9631 trillion.

Even if someone was able to figure out how this change will impact an economy that produces over $15 trillion in goods and services (2014 data), there are also the ancillary costs of changing machines, systems, services, and anything else that could be impacted.

Although it might seem easy to change the alloys used for coins or eliminate the lowest denominations, the impact reaches far beyond all analysis including that of the GAO. To tell everyone to “just deal with it” is an expensive proposition that will have to be paid for. Are you ready to pay more taxes for governments to “just deal with it?” More fees for services? Or dealing with a loss of services because in order to “just deal with it” because the service provider decided that it is better to stop providing the service than convert?