What is the Mint doing with the Mutilated Coin Redemption Program 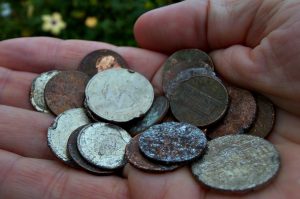 Coins found in the recycling stream.

Last year, the U.S. Mint suspended its Mutilated Coin Redemption Program when it alleged that a company in New Jersey was importing counterfeit coins from China to redeem as mutilated coins. Formal charges were brought against the persons involved in March and the U.S. Mint extended the suspension indefinitely last May.

The mutilated coin redemption industry is a multi-million dollar business. Most of the businesses involved with this industry are recyclers that find coins in cars and machines that are recycled. Recycling these metals require the use of heavy machinery that takes apart the items and compresses them to transport to processors. Six compressed cars can take up the same amount of space as one full-size car. More can fit in the same space if the metal is shredded.

Although some of the coins are removed from the cars, others end up in the machinery. After processing through high pressure and high heat, the found coins are in no condition to be sent to banks for redemption. Most of the time, these coins are cut, bent, or badly scorched making them impossible to process using normal coin counting mechanisms. According to an industry representative, recyclers can find an average of over $2 per car and over $10 in coin-operated machines as they are taken apart and crushed. 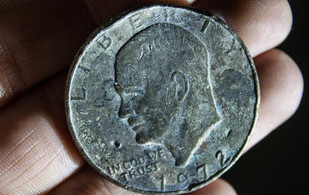 Coin-operated machines are not as well made as people suspect. For every time you might have had a coin “stuck” and lost in the machine, the coin might have dropped into an area outside of the coin bin and between internal parts. When the machines are serviced, the coins are usually dumped into bags and taken back to the company to be placed into coin counting machines. In many cases, the count between the expected amount of money and the number of items sold are not exact. This type of “shrinkage” is part of their business risk plans.

When the coin-operated machines are taken out of service, many are cleaned and inspected for loose coins. But the way the machines are designed, it is common that many coins are missed. They will continue to stay within the machine until it is discarded for scrap.

Cars and other machines sometimes gain a second life overseas. Machines are sold as surplus, repaired by their new owners and put into service around the world. These machines end up in the recycle system when they fall beyond the ability to be repaired. International recyclers recover U.S. coins from these cars and coin-operated machines. This is not including the scrap cars that are shipped overseas for recycling. Brokers buy the coins from recyclers and ship them to the United States. Currently, there is an estimated $1 million in mutilated coins being held by Customs and Border Patrol (CBP) while the redemption program is suspended. It is also estimated that more than $50 million in mutilated coins are being stored overseas while shipments are suspended.

Brokers handling the import of these coins have filed suit against the CBP for blocking and holding the shipments of mutilated coins. Plaintiffs cite a report from a company called FormerFeds Group, a company made up of former federal lawyers and other senior officials, that said the accusation of importing mutilated coins from China is not true and that the amount of “junk” (non-coins in the batch) are within tolerances of the program. They are requesting that the court grants an order to release the coins and to compel the U.S. Mint to resume the Mutilated Coin Redemption Program. 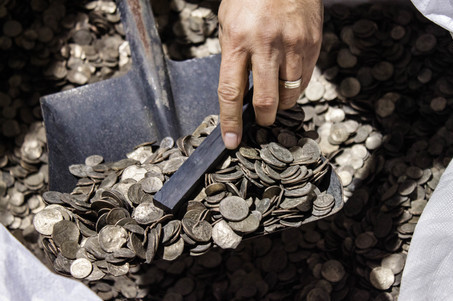 Without fanfare, the U.S. Mint published a request in the Federal Register (81 FR 75922) asking for comments regarding the Mutilated Coin Exchange Program to supplement the information it has already gathered. The notice was published on November 1, 2016, without a follow up from the U.S. Mint press office. The U.S. Mint allowed for a two-week comment period that ended on November 15, 2016.

According to the Federal Register, the “Mint is considering include requiring participant certification, coinage material authentication, chain of custody information, and annual submission limitations.” They were seeking comment on that and other possible factors to better secure the program. There is no indication as to whether this is tied to the case brought by the brokers handling foreign recycling.

Coins make up a very small minority of the amount of scrap in the recycling stream. But with the problems caused by the U.S. Mint’s refusal to properly deal with this issue, it is taking up a lot of time and money both here in the United States and with long time business partners abroad.