End of the Term, What Now? 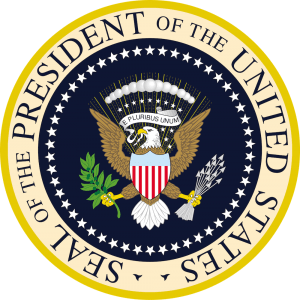 January 20, 2017, marks the end of the Presidency of Barack Obama, the 44th President of the United States. At noon the 45th president will be inaugurated.

Also, as of noon, Obama’s appointments to Executive Branch positions will resign from their position to be filled by the new president’s appointment. Of the people resigning are Secretary of the Treasury Jacob “Jack” Lew and Principal Deputy Director of the U.S. Mint Matthew Rhett Jeppson. Jeppson was nominated to be the 39th Director but the nomination died with the end of the 114th congress.

Attempts to contact the U.S. Mint to ask them about the bureau’s leadership starting Friday has gone unanswered.

The Bureau of Engraving and Printing is not affected by a change in administrations because the position of the director is a career appointment. Len Olijar will remain Director of the BEP as long as he is a government employee in good standing.

The Plum Book, which documents more than 9,000 Federal civil service leadership and support positions in the executive and legislative branches, lists quite a number of positions that supports numismatic production. Of course, significant changes will be reported here!