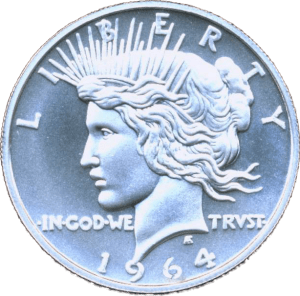 The Coin Collectors Blog has been and always been about collecting numismatics in all forms from a collector’s point of view. As I am coming up on my 12th anniversary of writing this blog, I would like to address a few comments I have received via email.

As a reminder, a blog is short for “weblog” which, according to Wikipedia, “is a discussion or informational website published on the World Wide Web consisting of discrete, often informal diary-style text entries (“posts”).” It is not a news site or a site that adheres to certain editorial form. Although news organizations now use blogs and blogging platforms, the Coin Collectors Blog is not pretending to be a news outlet.

When I started writing the Coin Collectors Blog in 2005, not only were there few coin collecting resources on the web, but there were no blogs. I wanted to provide some information, discussions, and (yes) opinions on every topic in the world of numismatics that I thought a collector would be interested in hearing about.

After I reported about Mnuchin’s visit to Fort Knox, a U.S. Mint-managed facility, that both the Office of the Inspector General and a public interest group were looking into the travel and its costs. Since the story concerns the Secretary of the Treasury visiting a U.S. Mint facility, I felt it was my right and responsibility to report on.

Although there have been other issues with Mnuchin reported, they did not involve his department leadership as it pertained to the U.S. Mint or Bureau of Engraving and Printing. I did not feel it was appropriate to write about it on the Coin Collectors Blog. 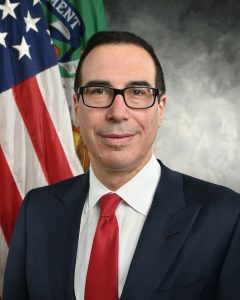 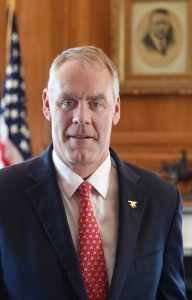 In both cases, I was accused of stepping into politics in a bad way.

I know political discourse has changed, but I am still the same blogger who has covered numismatic bills in Congress, which there is a monthly status posting; nominations of Directors and Treasurers; defended the ancient coin collectors from the State Department; and posted a tribute to Mike Castle, the former Republican Congressman from Delaware who introduced many numismatic-related bills including that law that became the 50 State Quarters Coin Program.

It has and always will be my policy to keep the content of the Coin Collectors Blog on topics related to numismatics, numismatic production, collecting, and the conditions that affect this world, including the action of the government officials with oversight of the related organizations, especially if there is a direct effect on the industry.

Comments are welcome and encouraged, but I wish some of you would comment on the posts—and remember, comments are moderated to prevent spam only. Sometimes the email I receive is very creative but have been asked not to share. I hope that you reconsider next time.

Now for the news…

(ArtfixDaily.com) Richmond Hill, ON – Thursday, October 26 marks 888 Auctions’ inaugural auction dedicated to numismatic items with a special focus on Chinese gold and silver panda coins. The 426-lot auction will also be featuring rare coins from all over the world and will also be accompanied by 888 Auctions’ usual complement of Asian fine and decorative arts, including finely carved jadeite objects, porcelain ceramics, furniture and jewelry.

Share During the Western Han Dynasty (206 B.C. – A.D. 9), the question of monetary freedom was vigorously debated. There were as yet no banks or paper money in China — money consisted solely of coin.

Is The Call By Some For Gold To Fall To $700 Realistic?

When trust is worth its weight in gold

Archeologists regularly stumble over troves of gold coins dating back centuries, proving that money is as old as civilisation itself. Cash, however, brings practical limitations when it comes to how much we can physically move about, which is why currencies also depend on a system of trust to allow easier representations of physical coins, gold etc.

Eastern Libyan central bank launches its own coins made in Russia

BENGHAZI, Libya, Oct 20 (Reuters) – Authorities in eastern Libya will circulate their own coins for the first time to ease shortages of money, a central bank official said on Friday, in another sign of disunity in the country that has two rival governments in east and west.

Noma Bar for Reader's DigestWhen Joan Langbord found ten gold coins in a family safe-deposit box in 2003, she knew she’d unburied a treasure. Langbord, then 75, had worked in her late father’s Philadelphia jewelry store her entire life, and she was fairly sure that the coins were 1933 double eagles.

Here's where you can spend your old £1 coins in Burton

The coins went out of circulation on October 15 but can still be deposited at banks, building societies and post offices

Chief of Staff of the Army Gen. Mark Milley stands beside the design for the back of the World War I commemorative coin, dubbed “poppies in the wire,” after he unveiled it Oct. 9, 2017 at the Association of the U.S. Army Annual Meeting and Exposition.