There is always something in numismatics that can be used to teach us about history. This past week it was reported that Russian archeologists found a rare “beard kopek.” It was a coin that men had to buy if they wanted to remain unshaven under the rule of Peter the Great. 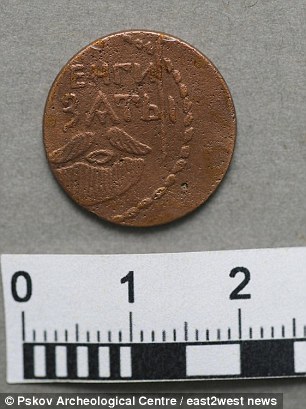 Obverse of Beard Tax copper token issued under the reign of Czar Peter the Great. 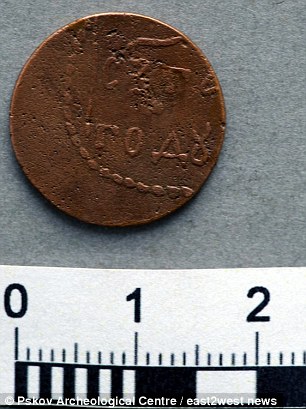 Reverse of the Beard Tax token. Note the off-center strike on this hammered token.

Peter rose to power at the age of 17 in 1689, but the arcane succession rules of Russia did not allow him to actually rule until his mother died in 1694. Then, he had to be co-ruler with his brother Ivan V until Ivan died in 1696. That is when Peter took over.

Once Peter became the sole czar he implemented sweeping reforms to modernize Russia. He thought that in order to become a power similar to those of Western Europe, Russian society had to evolve. Using western advisors and his command of the military, he forced reforms on the country including violently suppressing uprisings by those who did not agree with him.

To enforce his idea of modernization, he introduced western dress to his court and required all government officials to adopt this more modern style of dress. Robes and beards were no longer accepted under Peter’s rule. In order to enforce his idea, Peter began to levy taxes on people who would not comply. If you wanted to keep your beard you had to pay a tax. Once you paid a tax you would be required to carry around a token saying that you paid the tax.

The copper token found in Russia was one of those beard tax tokens. It has an image of a beard and mustache with the words “Money Paid” (in Russian) surrounded by a beaded border. If you wanted to keep your facial hair, you paid the tax and had to carry around the token as proof.

Reports claim that this is only the second known Beard Tax token to exist with the other one being in The State Hermitage Museum in Saint Petersburg, Russia. However, a silver version of the token was sold by Heritage Auctions in September 2017 as part of the Long Beach Expo World Coins Signature auction. The hammer price for that token was $3,000.

Even if there were two more found, it would still be a rare token!

In 1698, Tsar Peter the Great of Russia, as he would come to be know, was waging a war on beards. In an attempt to modernize his empire and make it more like the west after spending years exploring Europe in disguise, Peter instituted a tax on facial hair.

Show Him the Money: Treasury Secretary Steven Mnuchin Is Judging an Open Call for Artist-Designed Coins

The United States Mint has issued an open call for artists to design the nation’s coins and medals as part of its its Artistic Infusion Program. The government is particularly interested in artists who will “bring innovative perspectives and utilize symbolism in their work to clearly and evocatively convey subjects and themes,” according to the program’s press release.

AUGUSTA, Maine (WABI) – Attention all Maine artists: The Maine Bureau of Veterans' Services has an important job for you. They're looking for an artist to design a coin for post-Vietnam War and peacetime veterans.

A MAN uncovered a horde of Roman coins buried in farmland. Allan Hughes, of Wrexham, found five silver Denarii coins dating back nearly 2,000 years while out searching with a metal detector on arable land in Cockshutt, near Ellesmere.

The South African government is considering a range of initiatives to increase the demand for platinum-group metals (PGMs), including the development of a Mandela Platinum Coin. The proposal to develop a Mandela Platinum Coin is based on the international success achieved by the Kruger Rand, South Africa’s Mineral Resources Minister Gwede Mantashe said at the Africa Downunder conference, in Perth.

A First Century silver Roman coin uncovered on land in Shropshire has been declared treasure trove at an inquest.