Sorry for the one day delay, it was a busy weekend! 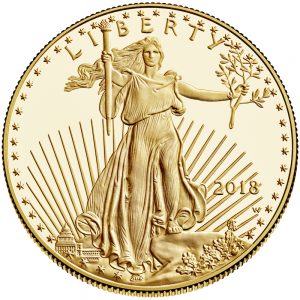 Market performance is like a disease. When one part gets infected the rest of the organism will follow. The part the economic organism that is getting infected is the Washington, DC area. Home to 15 companies in the Fortune 500 including government-sponsored Fannie Mae and Freddie Mac, The Washington Post is reporting that 174,800 people have been furloughed in the Washington, DC-area because of the shutdown.

When that many people are not getting paid they are not spending money and the economy gets stagnant. When a region as significant in size becomes stagnant, it is only a matter of time before it spreads to other areas including those where the federal government has the most impact including Alaska, Montana, and New Mexico. Farming states could also feel the impact since the U.S. Department of Agriculture is closed and cannot process subsidy (welfare) checks for farmers hurt by the trade war with China, potentially affecting the price of food.

Since the markets do not like uncertainty, investors tend to seek refuge in precious metals, primarily gold and silver. The problem is that there is so much news that timing the markets has given the market watchers whiplash as the uncertainty seems to force the professional investors (gamblers) to treat the market like they are playing the hokie-pokey: a little bit in, a little bit out, panic a little and shake all about the next news cycle.

The dollar is strong but that is because the Federal Reserve did not raise rates in December. While that averted a panic, the Fed may not be able to hold back if the shutdown continues and puts inflationary pressure on the economy.

With news cycles that could change at the drop of a Tweet, it does not make sense to try to time the market. However, if the price of gold climbing as a result of those in the equity markets looking for a safer haven, you may want to tell your representatives in Congress to work to end this shutdown. Although some would love to see $2,000 per ounce gold prices, it could negatively impact the economy and your ability to collect.

Have you ever wondered what happened to all the old, round £1 coins after they were removed from circulation? We just found out

Chain restaurants Sweetgreen and Dig Inn in the US have already stopped accepting cash. Starbucks and UK pubs are also moving towards card and contactless.

Coin SCAM alert: Expats and tourists WARNED over WRONG currency in their change

PolicÃa Nacional has issued a warning after a rise in reported cases of members of the public receiving the wrong currency in their change. Instead of being handed back euros, unsuspecting holidaymakers and expats are being short-changed with coins of much lower value compared to the euro.

KIND-hearted shopkeepers are helping an Inverness youngster with her coin collecting hobby by setting aside specially-minted versions of 50p and £2 coins produced to commemorate historic occasions. A Girl Guides centenary 50p sparked the interest of Cradlehall Primary’s Isla Macdonald, who now has 40 special 50p coins and 30 differently designed £2 coins.