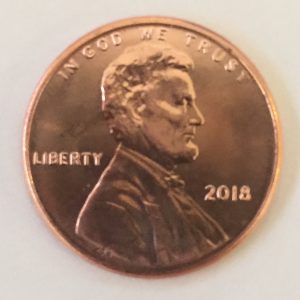 Somewhere along the line, logic and reality have not reconciled the meme that cash is dead because everyone uses credit cards. Although there has been an increase in credit card usage because of the COVID-19 pandemic and quarantine orders, banks and retail outlets have been reporting a shortage of cash.

For the most part, the U.S. Mint coin manufacturing processes have been fully operational during the pandemic except closing West Point briefly. The coin factory is mostly automated and does not require many workers. The U.S. Mint reports that the offices that include in the engravers are working from home, but the manufacturing continues.

The U.S. Mint is not the cause of supply chain problems. The problems are within the Federal Reserve and how they operate their coin storage. When Federal Reserve Chairman Jerome Powell discussed the coin shortage, he also said that the problems magnified when the quarantine impacted the logistics companies that move the coins from place to place.

Like many things, congress took the wrong message from Powell and prompted what may be a necessary action but for the wrong reasons. Sens. Mike Enzi (R-WY), and Maggie Hassan (D-NH) introduced the Coin Metal Modification Authorization and Cost Savings Act (S. 4006) to allow the U.S. Mint to change the metal used in your change.

While the senators are patting themselves on the back for looking like they are doing something, changing coning metals will not help. Although the U.S. Mint has studied alternative metals, several steps will take many years to complete. Canada and the United Kingdom have to change coins and coining metals in recent years. Both countries made the transition in four years and continued to have problems.

Another lesson learned is that to help Canada and the U.K. to make the transition, their respective central banks demonetized the old coins. The United States does not demonetize its coinage. Even with significant media coverage, the Bank of England reports over £1 million of demonetized coins in the public’s hands.

When the United States transitioned from silver to base metals, a six-year transition did not go as planned. We learned later that the U.S. Mint continued to produce silver coins in 1965 and 1966 with 1964 dates to ease market pressures.

Changes to coining metals may be necessary. Over the last ten years, the U.S. Mint has seen seignorage reduced as the price of copper and nickel rise. But to tie the change in metals to the pandemic is a very congressional thing to do.

Potential Return Of The Peace And Morgan Silver Dollars – ValueWalk

→ Read more at valuewalk.com
Why a small town in Washington is printing its own currency during the pandemic

Wayne Fournier was sitting in a town meeting when he had his big idea.  As the mayor of Tenino, Washington (population: 1,884), he’d watched the pandemic rake local businesses.

Gold insider Edmund Moy is all in on gold coins as an investment with prices for the yellow metal on a strong upswing. And he shared with Yahoo Finance how he is protecting his investment. “So I keep a little bit.

U.S. Senators Mike Enzi, R-Wyo., and Maggie Hassan, D-N.H., have introduced bipartisan legislation to allow the U.S. Mint to adjust the metal content of circulating coins in an effort to save taxpayer dollars.

Dive Brief: • The National Grocers Association (NGA) along with five other retail industry groups have called on the federal government to take "rapid action" to address a national coin shortage, according to a press release.