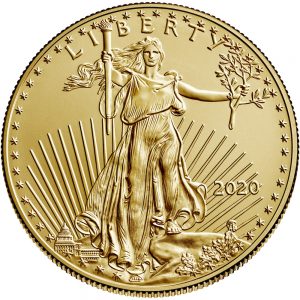 An article on Yahoo Finance asked the same question many have asked me: are the high premiums for physical gold a scam or a supply crisis?

Gold is in high demand. As a safe haven for uncertain markets, the current markets have driven investors looking to have some stability in their portfolio. Some have suggested that the preppers, those who prepare themselves for a pending disaster, have been hoarding gold. A favorite among preppers is the small 1 gram through 10 gram gold bars because they will be more useful in daily transactions.

According to market analysts, the demand outpaced the available supply. The available supply is what is available to buy. The problem was that the pandemic caused many supply chains to break down with precious metals stuck somewhere and not being delivered to the buyers.

Another problem in the supply was the perception that the demand could not be satisfied after the West Point Mint’s temporary closing. Although the Philadelphia Mint stepped in to produce silver coins, the gold coin production stopped. Subsequently, there were conflicting reports on whether there was enough physical gold entering the supply chain or whether the gold was not getting to the sellers because of the pandemic.

During the shutdown, there were reports that gold mining slowed or stopped as travel became limited. It was also a problem when the major Swiss gold retailers had to shut down because of the quarantine since most as near the Italian border. While gold was available on the secondary market, perception became that if these retailers were closed, there would not be enough for the future. The uncertainty caused the gold buyers to increase their purchases.

One gold dealer reported that they had sufficient gold to satisfy the market but not in the form the customers wanted. The demand for American Gold Eagle exceeded their supply while the non-Swiss made bars were not selling. Customers that demanded Canadian Gold Maple Leaf coins were also disappointed but refused to buy gold coins from other European mints.

There is also no consistency between the premiums dealers charge. Some of the larger dealers use software to calculate the market price that examines other online sales to determine an average. Smaller dealers have said that they watch what the larger dealers are charging and adjust their premium below the average.

Nearly every analyst is bullish on the future of gold pricing. Being bullish on gold means that those watching the markets are not comfortable with the equities market’s stability. We can be in for a bumpy ride.

During the coronavirus crisis many people couldn’t find physical gold, as there was a bullion shortage at dealerships. And these lucky individuals who managed to obtain bullion had to pay high premiums.

COLUMBUS — Letters to Gov. Mike DeWine urging him to grant clemency to Coingate central figure Tom Noe came with something that could help in any plan for the former Toledo area coin dealer to pay back the $12.7 million in taxpayer funding he still owes — job offers.

→ Read more at toledoblade.com
A special coin for a special year

In Vermont, the year 1927 is primarily remembered for the great flood in November – the most devastating event in the Green Mountain State’s modern history. But it was also the year of Vermont’s sesquicentennial, or 150th birthday. Although the event was marked with a pageant in Bennington on Aug. 16, there were other celebrations and remembrances of the founding of the Vermont Republic. There were also two commemorations that originated from the federal government in Washington, D.C.: the issue of a two-cent postage stamp and the minting of a silver coin.

EDMONTON — The Royal Canadian Mint released a special medal Monday meant to recognize the everyday heroes of the COVID-19 pandemic. The wearable recognition medal was designed as a symbol of gratitude for essential workers and others who have helped keep Canadians safe, healthy and connected through the COVID-19 crisis.

→ Read more at edmonton.ctvnews.ca
Rare silver coin depicting obscure Yorkshire baron which was found in a field to go under the hammer

A rare silver penny found in a field dating to 1150 and made out to a local Yorkshire baron rather than King John is due to be auctioned.

CHAMPLAIN — U.S. Customs and Border Protection officers assigned to the Champlain Port of Entry Cargo Facility recently discovered seven Sasanian coins being shipped into the United States. CBP officers assigned to the cargo facility encountered a shipment manifested as documents on June 2 and found nine unrecognizable foreign coins upon further inspection of the package, according to a press release.