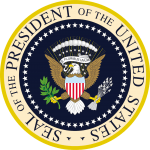 On Wednesday, Joseph R. Biden Jr. became the 46th President of the United States. It was the 46th time since 1789 that a new President took the oath of office. Regardless of the circumstances leading up to the inauguration, this was the 59th ceremonial inauguration. There were eight other inaugurations following the death of presidents and Gerald Ford’s inauguration following Richard M. Nixon’s resignation.

For numismatics, the new administration means there will be leadership changes at the Department of the Treasury. The president nominated Janet Yellen as the Secretary of the Treasury. When confirmed, Yellen will become the 78th Treasury Secretary. The Series 2021 Federal Reserve Notes will feature Yellen’s signature on the right side.

The president has not nominated a Treasurer of the United States. Currently, the office has been vacant since the resignation of Jovita Carranza in January 2020. When the Senate approves a nominee, that person’s signature will appear on the Federal Reserve Notes’ left side.

Officially, the Director of the U.S. Mint is an appointment of five years. David J. Ryder, the current director, was confirmed in April 2018. Ryder can serve until 2023. Although Ryder could have resigned at the end of the previous administration, he chose not to. It is unclear if Ryder, a Republican, will continue to serve as Director. The U.S. Mint’s press office responded to a question about Ryder’s plans:

Information about Director Ryder’s tenure is not available at this time. We hope to have an update in the coming weeks.

Archaeologists discover treasure trove of coins on farm in Hungary

Archaeologists have uncovered buried treasure on a farm in Hungary. A two-day expedition, led by the Ferenczy Museum's Balázs Nagy, has yielded the discovery of 7000 silver coins and four gold coins.

→ Read more at 9news.com.au
Auction bids topping $57,000 for rare $20 banknote with Del Monte sticker on it

Do you save quarters, pennies, silver dollars or other coins? Connect with our expert, Tim Heroux from The Boston Coin in Quincy at our next Ask The Expert event. Bring him your questions and learn more at this free event on how you, too, can improve your coin collecting knowledge.

If you’ve been attempting to invest in Rhodium but don’t want to jump through the various hoops that come with it, try investing digitally. Rhodium Coin is a cryptocurrency built on the Ethereum blockchain.

Paestum, originally a Greek colony that was later conquered by the Romans, boasts three of the best-preserved Greek temples in the world [File: AFP]

VCoins is an online old coin marketplace where you can purchase ancient coins for $2-$3 each in a lot of 20 or so. In the latest issue of Recomendo, my friend Kevin Kelly suggests that giving someone an inexpensive 2,000-year-old Roman, Greek, or Arabian coin is a great way to spark curiosity about the history and culture of those civilizations.