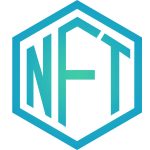 A news item popped up that announced a dealer is selling Non-Fungible Tokens (NFT) for 13 rare ancient coins. Following the news, collectors ask if NFTs should be part of numismatics.

Are you confused? So is most of the market that has run face-first into this new allegedly fantastical concept of owning a piece of something.

But is it an NFT or cryptocurrency numismatics?

According to Merriam-Webster, numismatics is “the study or collection of coins, tokens, and paper money and sometimes related objects (such as medals).”

Cryptocurrency may be considered a related object by definition, but does it represent money or currency in any form?

The creators of cryptocurrency use names similar to physical assets to influence a market. For example, crypto-mining is a series of calculations to find large prime numbers. Searching for large prime numbers is something researchers have been calculating since the discovery of computers. In college, I worked on a project that calculated the largest prime number held at the time.

Today, someone decided to sell the idea of this complex math to calculate a series of prime numbers within constraints. Cryptocurrency is buying the number stored in something called a digital wallet. Owners of these numbers can trade them the same way you can trade stock or your car to a dealer.

Cryptocurrency is not legal tender. A governing authority does not authorize it. It is also not representative of anything except mathematics.

There is nothing in the definition of the trade of numbers to make it part of numismatics.

A group of the gold coins discovered in west Norfolk. Photograph: British Museum/PA

Licinius I Aureus as NFT Art on OpenSea A Selection of 13 Rare ancient coins has been listed on OpenSea by DFGrotjohann.