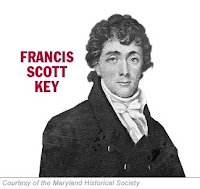 After a rare case of bipartisanship (Senate passed it by unanimous connect and it passed the House of Representatives on a 419-1 vote), the President signed H.R. 2097, Star-Spangled Banner Bicentennial Commemorative Coin Act which become Public Law No. 111-232 ([Text] [PDF]).

Some historians call War of 1812 the United State’s second revolutionary war. The primary reason for declaring war on Great Britain was after years of the Royal Navy harassing or capturing merchant ships bound for France. At the time, England was in the middle of the Napoleonic Wars and was trying to prevent France from getting the supplies it needed. This lead to President James Madison to give a speech to congress explaining England’s actions. Although Madison did not call for a declaration of war, the Democrat-Republican lead congress voted to declare war on Great Britain (79-49 in the House, 19-13 in the Senate). Madison signed the declaration on June 18, 1812.

Word of Beanes’s capture reached Francis Scott Key, an accomplished lawyer, prosecutor, poet, and friend of Dr. Beanes. Key, who was known as a skilled negotiator and a very temperate man, was asked by the Army to accompany prisoner exchange agent Colonel John Stuart Skinner to Baltimore to secure the release of Dr. Beanes. On September 7, 1814, Key and COL Skinner dined with British officers abroad the HMS Tonnant to negotiate the release of prisoners. ALthough Beanes was released, the British would not let the men leave the ship because they had heard about the British plans to attack Fort McHenry.

That night, Key, Skinner, and Beanes watched as the Royal Navy bombarded Fort McHenry. As the smoke cleared on the morning of September 14, 1814 after 25-hours of bombardment, Key was able to see the American flag still flying over Fort McHenry. Key was so moved by the sight that after returning home, he wrote the poem “The Defence of Fort McHenry.” The poem was published in the Baltimore Patriot on September 20, 1814.

When the poem was published, it was noted that it could be sung to the music of The Anacreontic Song, the official song of the Anacreontic Society. Shortly after publication, the music and words were published together by Thomas Carr and renamed the Star-Spangled Banner.

Throughout the 19th century, it became popular to sing this poem on July 4th to commemorate Independence Day. Its first official recognition came in 1889 when Secretary of the Navy Benjamin F. Tracy signed an order making The Star-Spangled Banner the official tune to be played at the raising of the flag.

Although it was popular that The Star-Spangled Banner be played when raising the flag, it did not receive an official declaration until 1916 when President Woodrow Wilson signed an executive order saying that it be played at all military and other appropriate diplomatic occasions. President Herbert Hoover signed the law making The Star-Spangled Banner the official national anthem of the United States on March 3, 1931.

Sales of these coins will include a $35 surcharge for the $5 gold coin and $10 for the $1 silver coin (a total of $8.5 million if the coins sellout), that will be paid to the Maryland War of 1812 Bicentennial Commission “for the purpose of supporting bicentennial activities, educational outreach activities (including supporting scholarly research and the development of exhibits), and preservation and improvement activities pertaining to the sites and structures relating to the War of 1812.”

The Maryland War of 1812 Bicentennial Commission is planning quite a few events through the anniversary of Key writing “In Defence of Fort McHenry.” Check their website for schedule and plan a trip to help celebrate.