A story that will not go away 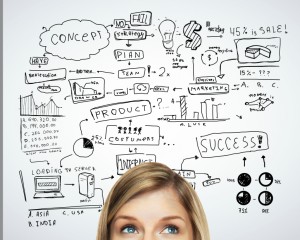 The other day I walked into the office of a big-shot producer and pitched a story for a movie that had the possibilities of a sequel. Here is the story I pitched:

Our story opens in Philadelphia where the U.S. Mint is striking 445,500 double eagle coins bearing the design by Augustus Saint-Gaudens.

Flash to Washington where President Franklin D. Roosevelt signs Executive Order 6102 that banned the private use of gold for currency.

Transition back to Philadelphia where a shadowy figure, presumably the U.S. Mint’s cashier, is locking the doors of the coin room but is clearly clanking coins in his pocket.

Watch as the cashier grabs his coat, hat, a small bag and leaves the Mint. He walks to the Philadelphia’s diamond district where he knocks on the backdoor of jeweler Israel Switt. Switt opens the door and the two men talk. Switt hands the cashier a bag and the cashier hands the bag he was carrying to Switt then leaves.

Fast forward to 1944. An emissary for King Farouk of Egypt is meeting with someone at the State Department to obtain permission to export a 1933 double eagle to Egypt for his vast collection. Not knowing whom to call, the State Department worker calls the Smithsonian who verifies the coin that leads to an export permit.

Next, a series of investigations and stories about the seizing of 10 double eagle coins that the Secret Service says should not have left the U.S. Mint. This part of the story goes to 1952.

Scene is the famous Waldorf-Astoria Hotel in New York in 1996. British coin dealer Stephen Fenton is attempting to buy a 1933 double eagle when the Secret Service interrupts the transaction and arrests him.

Attorney Barry Berke helps get Fenton out of jail and begins to build a case against the government. The defense claims that King Farouk of Egypt legally exported the coin. Some court drama and negotiations lead to charges against Fenton being dropped but the coin not returned to Fenton.

The scene is Federal Court in Manhattan where Berke is negotiating a settlement with federal attorneys. Finally, in July 2001, both sides agree that the coin would become federal property and sold at auction. The Fenton and the government would split the proceeds of the auction. The government required the buyer pay an extra $20 to officially monetize the coin.

Flash to the World Trade Center where the coin is removed from a safe and transferred to the government.

Brief pause for a scene about the destruction of the World Trade Center.

Fade to Southeby’s Auction on July 30, 2002 where the coin sells for $6.6 million plus a 15-percent buyer’s premium. After the auction Stephen Fenton received $3.3 million. Another $3.3 million was deposited in the federal treasury. Southeby’s and their auction partner Stack’s earned $990,000. The president of Southeby’s will pull $20 out of his pocket and hand it to the government’s representative to monetize the coin.

New scene is in a dark basement in Philadelphia. Joan Langbord, Israel Switt’s surviving daughter, will be opening boxes as if she was looking for something. Soon she would find a bag with ten 1933 Saint-Gaudens double eagle coins.

Langbord contacts the U.S. Mint and hands the coins over for authentication. In July 2005 they determine the coins are real and confiscates them.

First trial occurs in July 2011, which leads to a unanimous decision against Langbord who was joined by her sons in the lawsuit. The elderly Langbord did this to protect the family’s interest.

Scene changes to the transfer of the ten coins to the Bullion Depository at Fort Knox, Kentucky.

Langbord appeals and a three-judge panel will vacate the forfeiture and order the government to return the coins.

Fade to the image of the ten coins in Fort Knox with the lettering “To be continued…” overlaying the screen.

The producer found the story so unbelievable that he threw me out of his office.

Just goes to prove that reality is weirder than fiction!