I know that there is little the U.S. Mint can do without congress’s permission, but sometimes sifting through what congress is doing can be tiresome. There is so much good that congress can do but the political in-fighting is so insidious that all one can do is shake their head in disgust. At least there is one interesting item to report:

H.R. 22: Developing a Reliable and Innovative Vision for the Economy Act

Track this bill at https://www.govtrack.us/congress/bills/114/hr22

In other words, congress is mandating a 30th Anniversary American Silver Eagle set. I wonder if it will match the 25th Anniversary set? 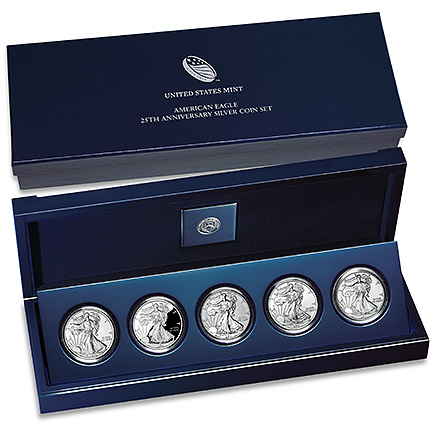 Image of American Eagle set courtesy of the U.S. Mint