POLL: What about the Mark Twain commemoratives?

I am not a collector of commemorative coins except for when I am interested in the subject or the coin is intriguing. The last commemorative I purchased was the 2015 March of Dimes Silver Dollar because I loved the reverse design. I bought the 2014 National Baseball Hall of Fame Commemorative Silver Proof dollar and clad half dollar because of the subject and the curved design.

But I am on the fence on the 2016 Mark Twain commemorative coins. Like many people, Adventures of Mark Twain and Adventures of Huckleberry Finn were required reading in school. Aside from his literature, he was a fan of emerging technologies and befriended both Thomas Edison and Nikola Tesla. His novel A Connecticut Yankee in King Arthur’s Court brings his interest into the fantasy of time travel, a very interesting book that does not get the credit it deserves. 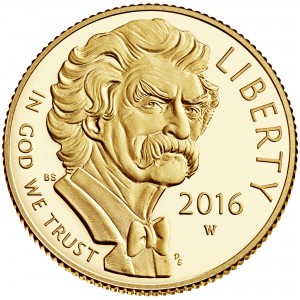 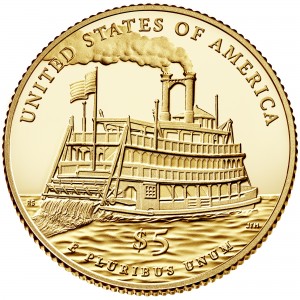 Later in life after he encountered financial troubles, he embarked on speaking engagements to earn money. His speeches are very insightful and humorous that are worth reading. Twain published a compilation of his speeches in Mark Twain’s Speeches, which can be found in its entirety online.

Aside being a fan of Twain, of the two coins, I really like the design of the gold coin. You can look at that portrait and imagine him intently listening, as it has been documented he did, ready to provide his sharp and witty wisdom when you stopped. Looking at that portrait, I can only imagine what Twain would have said about his imaged appearing on coins. He would have been very amused! 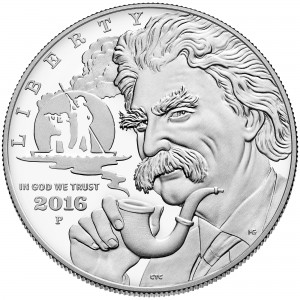 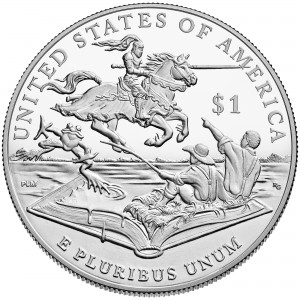 How do you feel about the Mark Twain commemorative coins? Are you going to buy them? What do you think?

Which of the Mark Twain commemorative coins did/will you buy? (select all that apply)