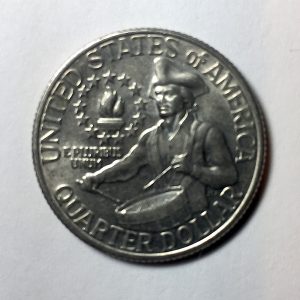 This past weekend, I had a discussion with someone I met at an estate sale about collecting modern versus classic coins. Although I recognize the differences in collecting each type, I think that after 53 years, it is time to give modern coins a chance.

The modern era of United States coins begins in 1965 when silver was removed from circulating coins except for the Kennedy half-dollar. The silver content of the half-dollar was reduced to 40-percent and clad around a copper core while the dime and quarter were copper-nickel clad, as they are today. It would not be until 1982 when the cent was changed from being 95-percent copper to being copper-plated zinc coins. The nickel has used the same copper-nickel composition since the release of the 1883 Liberty Head nickel except for the World War II issues.

For the average collector under 40 years old, coins have always been copper-nickel clad and the cent has always been made from copper-plated zinc. For a significant amount of their lives, the reverse of the Lincoln cent always had the Lincoln Memorial and the reverses of the quarter have been changing ever since they can remember. While many of us grew up with single designs, those of us who were around for the Bicentennial will remember the special reverses produced for the quarters, half-dollars, and dollar coins. In fact, the Drummer Boy reverse of the dual-dated 1776-1976 quarters remains my all-time favorite circulating commemorative reverse.

Maybe it is time to give modern coins more respect. What do you think?