NOTE: This was written and queued for posting prior to the confirmation of David Ryder to become the 39th Director of the U.S. Mint. 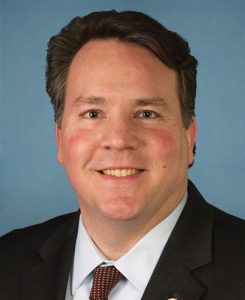 Earlier this month, Rep. Alex Mooney (R-WV) complained to the U.S. Mint that they did not answer an inquiry to his satisfaction. Mooney, like the rest of congress who does more for show than being constructive, went to the press in order to show his dissatisfaction.

In October, Mooney and Rep. Frank Lucas (R-OK) sent a letter to the U.S. Mint asking about what is being done to protect the integrity of U.S. coinage from counterfeiting. The letter contained a gold-plated tungsten American Gold Eagle coin. It was sent after the testimony of David Ryder during his confirmation hearing.

The U.S. Mint’s response was written under the signatory of Acting Deputy Director David Motl. Motl, Motl’s response to the representative’s inquiry read exactly what can be expected from an interim appointee warming the seat. Basically, the letter said that the U.S. Mint is doing its job as defined by the law and the Acting Deputy Director is working to keep the agency going until a regular director can be approved.

Of course, these representatives did not like this response. They want the U.S. Mint to do something and even gave suggestions. There are two problems with the response that reads like an advertisement for a commercial service. First, if these representatives understood the division of responsibilities, the agency responsible for protecting the integrity of the money supply is the United State Secret Service. The U.S. Mint is the manufacturer of the money, the U.S. Secret Service is the police force that is responsible for protecting the money. One would think that members of Congress who have access to staff and a full-time research department would understand the roles of the various agencies.

Secondly, what would they want an acting director to do? If the acting director is there to make sure the bureau functions until a new director is appointed, then figure out why the U.S. Mint does not have a permanent director? If Mooney does not like the answer then why not take a walk to the other side of the capital and ask Sen. Chuck Grassley (R-IA) why he is throwing a hissy fit and holding up the nomination of a qualified candidate that could legally answer the questions. 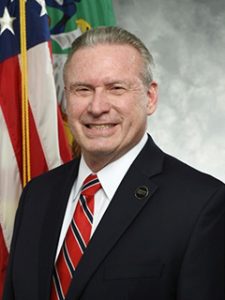 Instead, Mooney would rather complain and pound his proverbial chest to make it look like he is doing something whereas to anyone who really looks at the situation sees him as foolish.

To add to the fun, the U.S. Mint has a new Acting Deputy Director. Because there is a limited amount of time that a government employee can serve in an “acting” role for an appointed position, David M. Croft has been appointed to the posting as of February 1, 2018. Prior to his appointment as Acting Deputy Director, Croft was the Mint’s Associate Director of Manufacturing. Croft becomes the fifth non-appointed “acting” director since Moy’s resignation.

If there are members of Congress that are not happy with the way the U.S. Mint is being run, they need to work out the problems which they are responsible. Mooney and Lucas should take the U.S. Mint leadership issue up with Grassley. Otherwise, they are doing nothing more than spitting into the wind.