Are you ready for a new dollar series 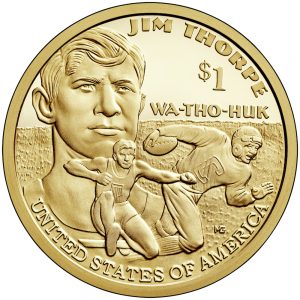 Anyone looking forward to a new dollar coin program can be happy that we are one step closer to one beginning in 2019.

On Wednesday, June 20, the Senate passed the American Innovation $1 Coin Act (H.R. 770) by a unanimous voice vote. However, since the bill was amended by the Senate, the bill has to go back to the House of Representatives to approve the amendment or it will have to go to a conference committee and back to each chamber for a vote.

The amendment changes the order of issuance from alphabetical order to the order that the state entered the union followed by the District of Columbia and the territories. This was the same order uses for the 50 State Quarters program.

If the House approves the amendment, it is sent to the President for his signature.

If signed, the 14-year program will honor “American innovation and significant innovation and pioneering efforts of individuals or groups from each of the 50 States, the District of Columbia, and the United States territories.” Four dollar coins will be issued each year and not circulate alongside the Native American Dollar coin.

The bill requires the coins use the same Manganese-Brass composition as all dollar coins struck since 2000 with the edge lettering consisting of the year, mintmark, and the national motto E PLURIBUS UNUM. The obverse will be “a likeness of the Statue of Liberty extending to the rim of the coin and large enough to provide a dramatic representation of Liberty.” The reverse will be emblematic of an innovation, innovator, or a group of innovators significant to that state or territory.

I wish I could get excited about this series but it will not even raise an eyebrow as long as it does not circulate. And the only way it will circulate is if Congress votes to eliminate the one-dollar Federal Reserve Note. Unfortunately, the likelihood of that happening is slim-to-none and Slim just left town!