Is this backward “D” an error? 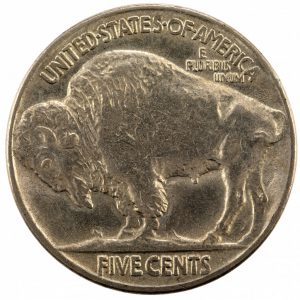 One of the more popular collector series is the Indian Head or Buffalo Nickels. Designed by James Earl Fraser, a student of Augustus Saint-Gaudens, this design was a continuation of President Theodore Roosevelt’s “pet crime” to change the look of the nation’s coinage.

Introduced in 1913, the coin features a right-facing Indian head (now called a Native American head). Although there have been claims by several tribal chiefs that they were the model, Fraser’s notes suggest the image was created using the features of several men.

The reverse features the image of a buffalo, which in reality is a North American bison. The 38 different types of buffaloes live in Africa and feature larger horns similar to a longhorn steer. Most are domesticated and are raised like cattle is in the United States. Bison are largely wild animals native to the western hemisphere. Aside from their shorter horns, they have beards hanging from their chin and heavier coats that allow them to survive in colder climates.

But that has not stopped people from referring to the coin as a Buffalo nickel. It is a design so popular that when it has been used in coinage, the available supply usually sells out.

Before I receive a deluge of email, the Jefferson nickels struck from 1942 through 1945 were struck on a planchet made from .560 copper, .350 silver, and .090 manganese and features a large mint mark over the image on Monticello on the reverse. This was done to reduce the use of copper and nickel needed for the war effort.

Like every five-cents coin made since the introduction of the 1883 Liberty Head or “V” nickel, the planchet is made from an alloy of 75-percent copper and 25-percent nickel. Most vending machines will not be able to tell the difference between a Buffalo nickel and a Jefferson nickel.

The coin’s ability to be used in vending machines and how a worn coin could pass the unwatchful eye of a cashier, it is possible to find a Buffalo nickel in change. Although there are very few of these coins remain in circulation, avid change hunters say they can find one every 12-16 months.

But this coin was different. Rather than having a “D” mintmark on the reverse, the “D” was backward! 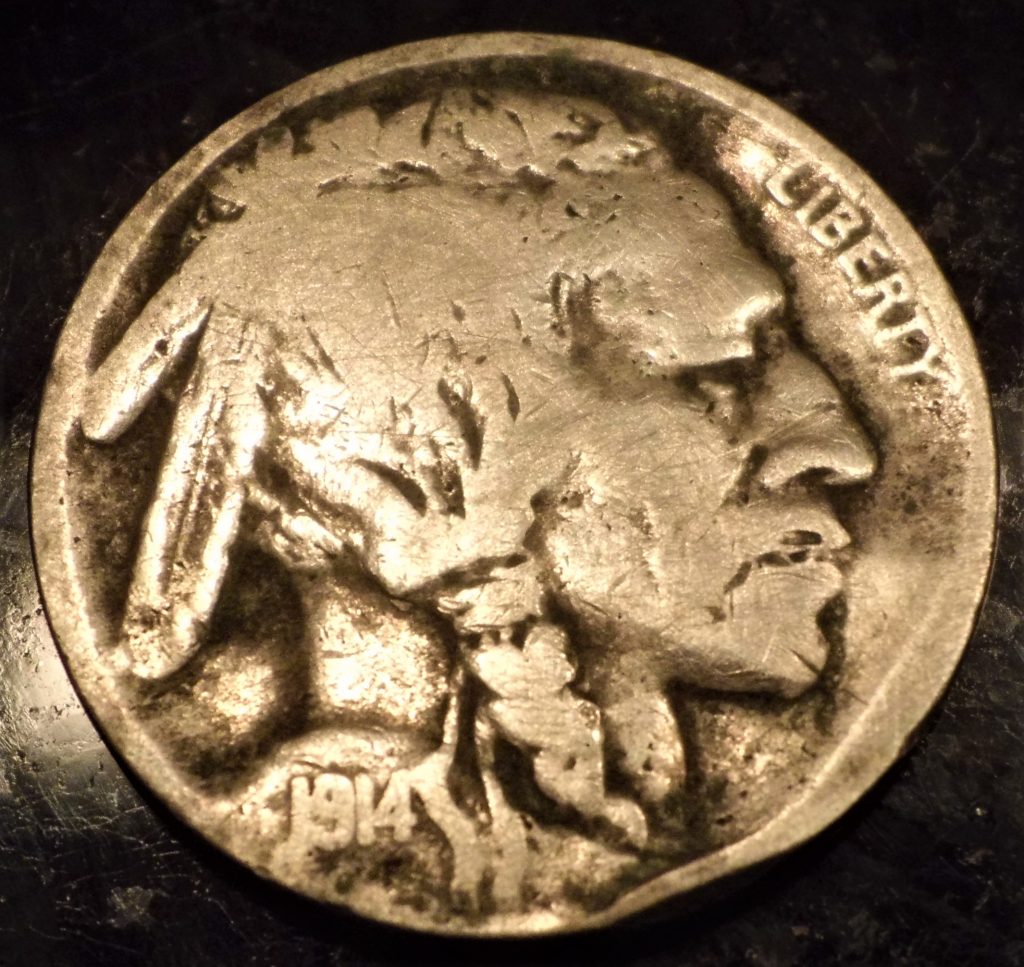 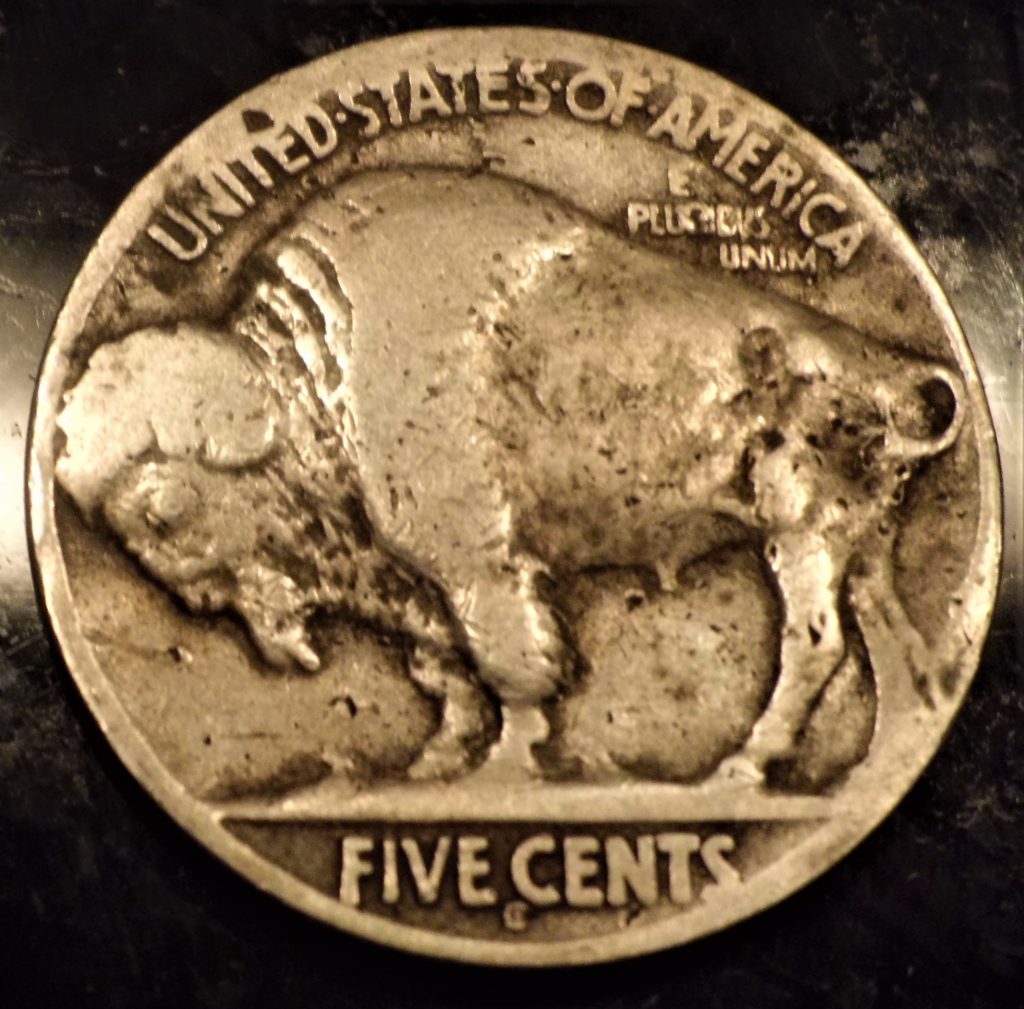 Prior to the U.S. Mint creating dies with mintmarks in Philadelphia, they would send dies to the branch mints without mintmarks. The coiners at the branch mint would use a punch to imprint the mintmark into the die before striking coins. Of course, this manual process was not perfect and there are cases of mispunched, repunched, overpunched, and other such errors.

There have been cases of a mintmark that was punched horizontally into the die. Those mintmarks were repunched correctly. Coins from the San Francisco mint has had errors where the “S” is punched upside down known as an inverted mintmark. This is a fun error to find because noticing this error requires a careful eye and patience along with understanding the shape of the “S” in the font used. 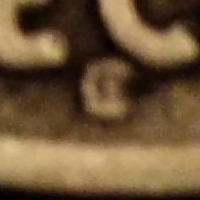 A closer look at the “inverted” D mintmark

However, there is no reference that mentions a backward punched mintmark.

Adding or removing mintmarks is a common method to artificially change the value of a coin. Remove the “S” from a 1921 Walking Liberty half-dollar and watch its value raise by 300-percent. Or practice adding a “D” to a 1914 Buffalo nickel to make a 400-percent profit.

After checking several references and speaking with two dealers, I sat with a box of Buffalo nickels I have to compare the mintmarks to the one on the coin. Additionally, I consulted with the images at PCGS Photograde. After all, it could be a real, undiscovered error.

The first thing I noticed on the image and with the coins I have on hand is that the mintmark on this coin is too defined for the grade. When comparing the coin to the images on Photograde, if the coin was sent in for grading it would probably be assigned a grade of G-6 of VG-8. Because of the worn rims, this coin would not grade higher than VG-8 and could be assigned a G-4.

As I was looking at the coins, those that would grade VG-8 or lower with worn rims also had mintmarks that were almost worn into the rim. In more than a dozen examples from my box, the mintmarks on all of the low-grade coins showed the rims and mintmark worn together.

Another aspect of the mintmark that bothered me was that the “D” seemed smaller than those on the coins I was looking at. For comparison, I pulled out my album with higher grade Buffalo nickels and found that the mintmark was similar in size to those in higher grades. 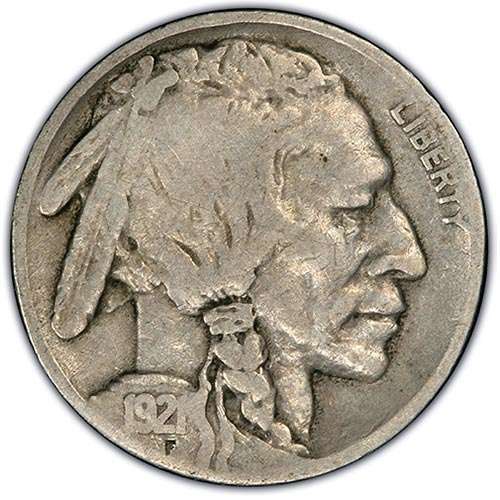 According to PCGS Photograde, this 1921 Buffalo Nickel represents a VG8 grade. 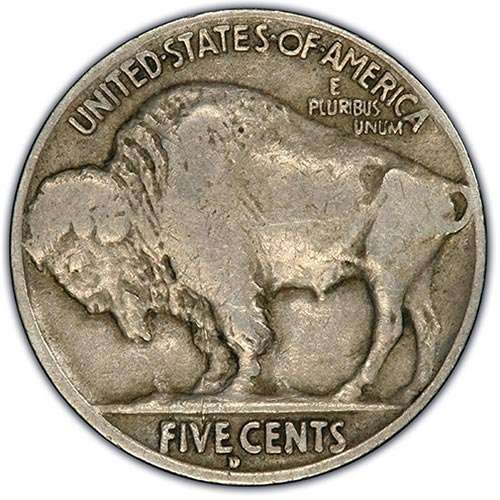 If I had the coin in hand, I would be able to examine it closer with a 15x loupe. I would even attempt to pick at it with a toothpick to see if the “D” would fall off. However, given all of the issues with the coin based on the images alone, I am reasonably certain that the “D” was added by someone outside of the U.S. Mint.

PCGS Photograde images courtesy of PCGS and can be found here.