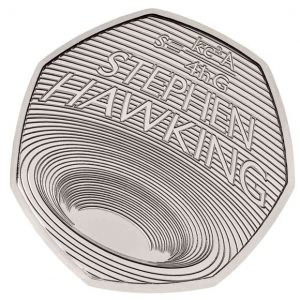 A Commonwealth Realm is a sovereign country in which the Monarch of Great Britain, currently Queen Elizabeth II, is the reigning constitutional monarch and head of state. The role of the queen is largely symbolic as the government of each country manage its domestic affairs.

As part of this management, each country produces its own coinage. Within the Commonwealth Realm, the largest state-run mints are the Royal Mint, Royal Canadian Mint, Royal Australian Mint, and Perth Mint. There are other private mints that produce legal tender coins, but these are the only government-owned mints in the commonwealth.

Every time one of these mints issues a new coin for circulation, the information is all over their country’s media. For example, in the run-up to the issue of the Peter Rabbit circulating 50p commemorative as part of the Royal Mint’s Beatrix Potter series, nearly every news outlet in the U.K. has been covering the anticipation.

This phenomenon is not restricted to the Commonwealth Realm. Former Commonwealth members also heavily promote their coins. We know that India is issuing a 12-sided 20 rupee coin along with other new designs. South Africa Reserve Bank is issuing circulating coins to celebrate the country’s 25 years as a Constitutional Democracy.

Yet the United States press has been largely silent. Sure, there are blurbs when a congressperson drops a bill into the virtual hopper but the press has been silent after that.

While there were other things going on in December, there was very little reported about the Naismith Memorial Basketball Hall of Fame Commemorative Act for 2020.

There was hardly a peep out of the press for the Apollo 11 50th Anniversary Commemorative coins. Even with the political turmoil, this country should be commemorating one of its greatest feats of the 20th century that did not involve bombs or bullets.

There has been more coverage in the science and tech-related press about the release of the Black Hole coin honoring Stephen Hawking by the Royal Mint.

To its credit, the American Legion has been promoting the 100th Anniversary commemorative coins to their members. However, was there any general media outlets covering the program’s release?

The hobby is perceived to be dying because it is not attracting new members. How can the hobby attract new members when it does not promote itself outside of its insular bubble?

I am sure that I will hear from the bullion sellers because they have been crowing about the steady rise of gold prices. Aside from being an investment and not a hobby issue, the rise of gold prices is alarming. Investing in gold and other precious metals is seen as a safe-harbor move when investors predict that markets will be less lucrative. If investors are pulling money out of other investments to invest in gold that means they do not trust the markets and we may be in for problems.

If we stop worrying about what is good or bad for the hobby and figure out how it could survive, maybe we can attract new collectors. First, we have to do is to let everyone know the hobby still exists.

India introduces ₹20 denomination coin in the shape of a dodecagon

This new series comprising denominations of ₹1, ₹2, ₹5, ₹10, and ₹20, designed by the National Institute of Design, Ahmedabad, will aid the visually-impaired through its thoughtful design. As per the notification issued by the Ministry of Finance, apart from the ₹20 coin, which will be a 12-sided polygon (a dodecagon), the rest of the coins will be circular in shape.

A 14th-century French gold coin was discovered inside one of three hidden drawers in a bureau inherited by a woman who lives in Derbyshire, England. The mother of three, Amy Clapp, 37, told reporters she had no idea the 650-year-old coin — or the secret drawers — existed after being left a 20th-century bureau by her distant cousin.

The brand new commemorative Peter Rabbit coin that was announced last week has been released to the public. The new coin features an original illustration of Peter Rabbit taken from the book, The Tales of Benjamin Bunny.

TYLER, TX (KLTV) – An East Texas woman found a unique coin on the side of the road by the Caldwell Zoo more than six months ago, and she wants to find its rightful owner. Jan Hommel, the director of the American Freedom Museum, knew exactly where the coin came from.

See a $1 million penny at the National Coin & Money Show

A $1 million penny, a $3 million nickel and more than $100 million more in rare coins are coming to Pittsburgh from March 28 through 30 when the National Coin & Money Show stops at the David L. Lawrence Convention Center.

A "rare" 650-year-old coin found in a secret drawer in a desk has been sold for £850 at auction. The 14th Century coin was discovered inside one of three hidden drawers in a 1970s bureau, left to a woman by a long-lost relative.

A number of new coins have been approved by the South African Reserve Bank (SARB) and celebrate the country’s 25 years as a Constitutional Democracy. A few of the coins will be collector’s items, and the R500 and R50 coins are specifically made for commemorative purposes only.

LITTLETON, N.H. — After playing a key role in the success of Littleton Coin Company for nearly 30 years, the firm’s Chief Operating Officer Mike Morelli has announced his retirement at the end of 2019.