The Story of Tubman on the $20: a mass of lies, evasions, folly, and hatred

When there is a discussion on the design of United States currency, there is no way to avoid politics. Politics drives the designs, composition, and the economic condition that goes behind every coin in your pocket. Politics governs the currency printed by the Bureau of Engraving and Printing, including the overall management of it through the Department of the Treasury.

Aside from my interest in the nuance of politics, beyond reports on cable news, it is why there is a monthly report on legislation that would effect numismatics. Whether it is a proposal for a commemorative coin or the creation of a commission to celebrate something in history, every bill introduced in Congress has the potential to change numismatics.

Paper currency is less regulated than coins. Coining money is mentioned in Article I Section 8 of the United States Constitution. The federal regulation of currency began with the National Bank Act of 1863. Whereas the Constitution says, “Congress shall have Power…to coin Money, regulate the Value thereof, and of foreign Coin,” there is no provision for paper currency.

The Constitution does not say that Congress should design the coins, but they do, sometimes to the detriment of the final result. But the design of the currency is left to the Department of the Treasury.

There is no set process that the Treasury goes through to decide on the design of the nation’s currency. The process changes for each new Secretary that heads the department. In the previous administration, Secretary Jacob “Jack” Lew, went through his version of the process to decide that the portrait of Andrew Jackson on the $20 Federal Reserve Note will be replaced with Harriett Tubman by 2020.

According to sources, although the Bureau of Engraving and Printing would have preferred a little more time to create the master engraving plates to make this change, the timing of the announcement would not present a significant problem.

Sources report that Mnuchin did not interfere with the BEP’s efforts to redesign the $20 FRN immediately. As the work continued, the BEP also continued to work on additional anti-counterfeiting measures for U.S. currency. Specifically, the BEP was looking into changes that would first impact the $10 note followed by the $5 bill.

The paper $5 note was a more significant focus for the BEP. In working with the U.S. Secret Service, they were finding that many counterfeiters were using bleaching products to remove the ink from the paper to use it to print higher denominations, predominantly $20 bills. One internal report suggested that the criminal would see a net gain of $14 for each $20 note they could produce.

Although it costs more to counterfeit $20 bills this way, it is a lower risk for the criminal. As we have seen, few people pay attention to the problem and those that do find that the currency passes the iodine pen test. After all, it is currency paper. 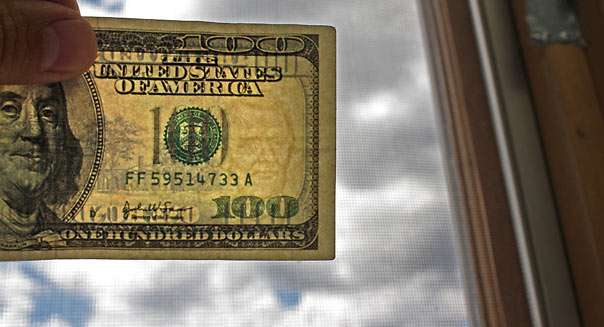 Mnuchin did not directly interfere with the process. Instead, he used the budgetary process to direct funds away from the development of the proposed change in portrait.

Mnuchin was able to hide the change from the public because of the nature of Treasury’s budgetary process. Since the BEP is self-funded by the profits (seigniorage) that is deposited in its Public Enterprise Fund, all Treasury had to do was obtain Congress’s permission to use a set amount from the fund without providing details.

Treasury and BEP were able to hide the changes in the CFO’s Annual Report by using internal reorganization to obfuscate where the spending was going.

In short, Mnuchin ordered the BEP, which is lead by a career professional and not a politician, to move the resources away from the redesign and prioritizing other aspects of currency redesign. Mnuchin purposely slowed the redesign process in a way that gives Treasury and the BEP deniability.

A statement published on the BEP website, BEP Director Len Olijar wrote in response to the news reports, “BEP was never going to unveil a note design in 2020.” That was not the policy of the Treasury Department and the BEP when Secretary Lew announced the change. Mnuchin changed it at the request of the president.

The story of the “delay” of the redesign with Tubman’s portrait appeared in The New York Times. In the story, the Times used an image from the original announcement that depicted Tubman superimposed on the $20 bill. Sources suggested that Olijar, under orders from Mnuchin, was to try to discredit the story in any way possible. Rather than continue with the fact, albeit flawed compared to previous reports, the statement went on to pick on an inconsequential aspect of the story, the image published by the Times.

“The illustration published by the New York Times was a copy of an old Series note with the signatures of former officials, with a different image superimposed on it.”

As my source said, “let’s attack the messenger and not the message.”

Unfortunately, Olijar, a career government employee, is caught in the middle having to work with the politicians. He loses credibility by contradicting the previous reporting, which is unfortunate because sources have suggested that some other than Mnuchin “ordered” Olijar to issue the statement.

There is an old expression that one should never discuss politics, religion, and sex/money/pick something in polite company. It is impossible to be polite when talking about coins and currency before their manufacture. It spreads through the entire process. Or as George Orwell aptly said:

In our age, there is no such thing as ‘keeping out of politics.’ All issues are political issues, and politics itself is a mass of lies, evasions, folly, hatred, and schizophrenia.