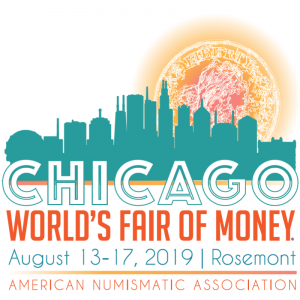 This past week the World’s Fair of Money was held in Rosemont, just outside of Chicago. I wish I knew more of what happened, but the coverage of the show was its usual light to non-existent.

One of the reasons I could not be at the World’s Fair of Money was because I was attending two seminars from another show. These were classes that are required so that I can become a licensed appraiser. Rather then travel to the show, I was able to view these seminars as they occurred. The conferencing software also allowed me to ask questions.

For next year’s show, I would like to see the ANA start to broadcast the Money Talks programs. All business-related items like the meeting of the Board of Governors session could appear on a live stream. Let’s start with that before I go into the rest of my wishlist.

Are 1p and 2p coins about to be scrapped? — Which? News

The Royal Mint has revealed no new 1p or 2p coins were struck over the last year. Is the future of copper coins under threat again?

Sajid Javid’s no-deal 50p coins aren’t just a waste of money, they’ll have even less value if we have a no-deal Brexit

The government’s latest wheeze to convince us that Brexit means Brexit was announced this weekend. Sajid Javid is drawing up plans for millions of 50p coins to be issued when the UK leaves the EU later this year.

To ensure you the best experience, we use cookies on our website for technical, analytical and marketing purposes. By continuing to browse our site, you are agreeing to our use of cookies.

Sen. Roy Blunt wants a commemorative coin to honor Negro League Baseball when it celebrates its 100 year anniversary in 2020. The Missouri Republican talked about his coin push during a tour of the Negro Leagues Baseball Museum in Kansas City, Missouri, this week.

A woman from Asten found a very peculiar coin when she emptied out her purse after her vacation on Wednesday. A 2-euro coin, with the image of Princess Beatrix on it, that had also been minted with an image of an eagle with a swastika under it, De Gelderlander reports.