The Sad State of Television Numismatics 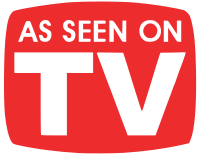 Someone walked into my shop today with a box full of items he said that he wanted to consign to one of our auctions. He said that someone mentioned that I was knowledgeable about coins and wanted me to help liquidate his collection.

I have to admit I was excited as he held a box that you would pack books in and not carry coins. We put the box down and opened the box and was instantly disappointed.

On the top was a complete set of the State Quarter packages from one of the television shopping networks. It was the type of stuff that was over-hyped by touting their “limited production” by the U.S. Mint.

Looking at a few of the packs, they contained two quarters for each state on a card. They appear that if they were graded, they would probably average MS-64 and be worth $5-7 each. If they grade higher, the coins could be worth more. It is not worth my time and money to have them graded. Further, in the liquidation auction business, I would doubt these would sell for more than $5 per card.

The look on his face when I told him was as if I kicked his dog. He then gave me the same familiar story: they cost so much; the guy on television said they were a limited run; they should be worth more; and many other tales as seen on TV.

Anyone who has worked in a coin shop or handled second-hand property has heard the stories. Someone with a slick marketing presence appears on television and spins the tale to sound better than it is. Sure, the State Quarter was a limited production, but the Mint produced hundreds of millions of each of those coins.

In addition to the State Quarters, he had coin sets produced by companies like the Franklin Mint and the National Collectors Mint. While I try not to promise what could happen in an auction and avoid asking how much they paid, he pulls out a Buffalo Nickel display still offered by one of these companies.

The display is a round wooden stand that can rotate on a base. Around the edges is a space for 25 Buffalo Nickels. The nickels on his stand looked to be in extra fine (XF) to almost uncirculated (AU) condition. On top of the stand is a pewter figure of a buffalo (bison) modeled after James Earle Fraser’s image.

It is a lovely display, but one that is not popular. A previous consignor had the display without the coins. We finally were able to sell it for $1.00 to someone who was going to take it apart and repurpose the wooden stand. Selling the nickels in today’s market should allow him to break even.

For the last 25 years, this gentleman bought these coins and medals at a premium above their value. The box had gold plated medals with micrograms of gold that are nearly worthless in the collector market. He did have some older sterling silver sets that he bought when silver was under $8 per ounce. He can make money on those items to make up with some of the losses.

After going through the box, I said that he would be lucky if I can get $500 for everything. That lead to the look as if I kicked his other dog.

He asked how these people get away with overcharging for their merchandise. Unfortunately, there are few laws regarding price gouging except in an emergency (like overcharging for gas during a crisis) or if done fraudulently. But these television hucksters are practiced and can afford the lawyers to tell them how far they can go before they cross the line.

There are no laws to prevent companies from calling themselves a mint. There are credible companies that use “Mint” as part of their business name (e.g., I have been a customer of Miller’s Mint from Long Island and highly recommend them). Others use the moniker to make their products sound more official than they are.

If you like the packaging and are willing to pay the premium for it, then enjoy your collectible. While the Buffalo Nickel stand is not my style, I can understand the appeal. But when it comes time to sell, the packaging has little to do with the numismatic value of the coins or medals.

Anything plated has less than a gram of the metal. There is so little plating that it is not worth the cost for someone to have melted.

It bothers me that I have to disappoint people like this. It is worse when I have to tell an older person, like the octogenarian gentlemen who was in my shop this week, that the collection he thought was an investment is not worth a lot.

I am not sure what can the industry can do to prevent this from happening. These are legitimate businesses whose marketing practices may be less than ethical but are legal.

Some might suggest that this is something the American Numismatic Association should try to deal with. The ANA may not be the right organization for this. Maybe a consortium that includes the Professional Numismatic Guild (PNG), the Industry Council for Tangible Assets (ICTA), and the ANA could work together to find a solution.

Until then, I am open to suggestions!