This week’s fun story comes from Japan, where coin-operated machines sell everything from candy to bitcoin. A user of a coin-op machine in Japan found that the coin slot was looking back at him.

The eyes looking back were of a tiny frog that is common in the countrysides of Japan. The frogs are so small that they seem to find their way into interesting places. It is unusual to find one of these frogs in a vending machine, especially in the cities.

According to the story, the vending machine user posted his adventure on Twitter. He tried to use small change to coax the frog out of the machine. Eventually, the coin’s weight caused the frog to seek an escape and jumped out of the coin slot.

As the Twitter user (@potetodaze1129p) wrote, “When you look into the abyss, sometimes the abyss looks back at you.” 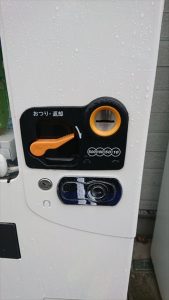 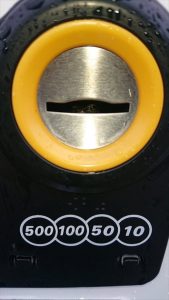 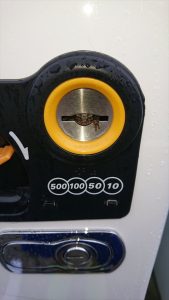 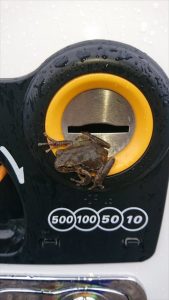 If you want to read an interview describing the reaction from @potetodaze1129p, you can find the story here (in Japanese) or translated into English here.

Remembering the Alamo with the help of a coin

Stephen Noyse of Coldwater, found an 1836 half dollar more than a decade ago. He was using a metal detector in Texas somewhere in the vicinity of the Alamo near the Rio Grande River that day. By the time he reached the buried coin, Noyse had dug down to the depth of his elbow.

→ Read more at sturgisjournal.com
The Royal Mint unveils the UK's first Winnie the Pooh coin and we want one immediately | Marie Claire

Marie Claire is supported by its audience. When you purchase through links on our site, we may earn commission on some of the items you choose to buy.