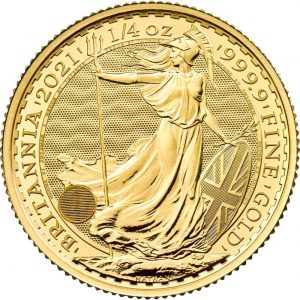 The Royal Mint adds new security features for the 2021 Britannia

Even with the numismatic-related news picking up this week, the number of people that have written about buying counterfeit Silver Eagle coins has increased.

As much as I have written, tried to manipulate the search engine optimization (SEO) to get the word out, and dropped messages on social media, people continue to purchase counterfeit coins from China.

You cannot even trust the slabs sent by Chinese companies. A dealer who saw my post about purchasing coins that I suspected were counterfeit saw the picture of the slabs that were shipped. On closer examination, the slabs are the same as they use to counterfeit NGC slabs.

Last week PCGS announced they are adding a tag to their slabs that can help identify them electronically. The technology is called Near Field Communications (NFC). The technology creates contactless communications between a passive and an active device. In this case, the tag in the slab or currency holder is passive. There is no power in the passive tag but will respond to a special signal to transmit its data.

Using NFC is an interesting idea and, if implemented correctly, can add to the security of a slab. In the future, I will contact PCGS to discuss the security of the system they developed. Maybe I will dust off my old hacker’s hat and reverse engineer one of these tags. Very few electronic devices are unhackable. The idea is to make it as difficult as possible.

In the future, the technology that will help collectors protect themselves must be made publicly available. The current state of image processing and artificial intelligence can be used to examine a coin’s surface. Aside from its ability to grade the coin, it could tell the difference between a legitimate coin and a counterfeit that uses an aluminum alloy.

In addition to adding technology, the U.S. Mint should follow the leads of the Royal Canadian Mint and the Royal Mint to add security features to bullion coins. After all, David Ryder spoke about security during his confirmation hearing. Where is the progress on that?

The European Commission is considering proposing a law to start phasing out the small 1 and 2 Eurocent coins, and round prices off to the nearest 5 cents. On Monday, the Commission opened a 15-week public consultation on the use of the small coins, during which both regular citizens and interested institutions are invited to share their opinions and suggestions on the issue.

Doha: Since ancient times, coinage has played a significant role not only in the socio-economic aspect of civilisations as an instrument of business and trade but also in reflecting pivotal moments in a nation’s history.

→ Read more at thepeninsulaqatar.com
New high-tech gold bullion coins can be authenticated by moving them in light

The Royal Mint has unveiled new gold bullion coins which can be authenticated as genuine by moving them in the light.

A Norwich jeweller has got people across the nation scratching their heads over his riddles which reveal where 49 special coins are hidden.

→ Read more at edp24.co.uk
Why Should I Invest in Silver Coins

Over time, people and markets the world over have been able to establish that investing in precious metals is a great way to diversify your investment portfolio. Whether you’re talking about gold, silver, or platinum, there are a handful of ways to get started in owning precious metals.