The Hopi Tribe shows us why we should care

While the State Department’s Cultural Advisory Committee (CPAC) continues to kowtow the the whims of foreign government looking to use the Convention on Cultural Property Implementation Act (CPIA; 19 U.S.C. §§ 2601 et seq.) as some sort of virtual tool to attack the United States, little seems to be said by the foreign archeological supporters when a Paris court ruled for a French auction house allowing them to sell Native American artifacts. 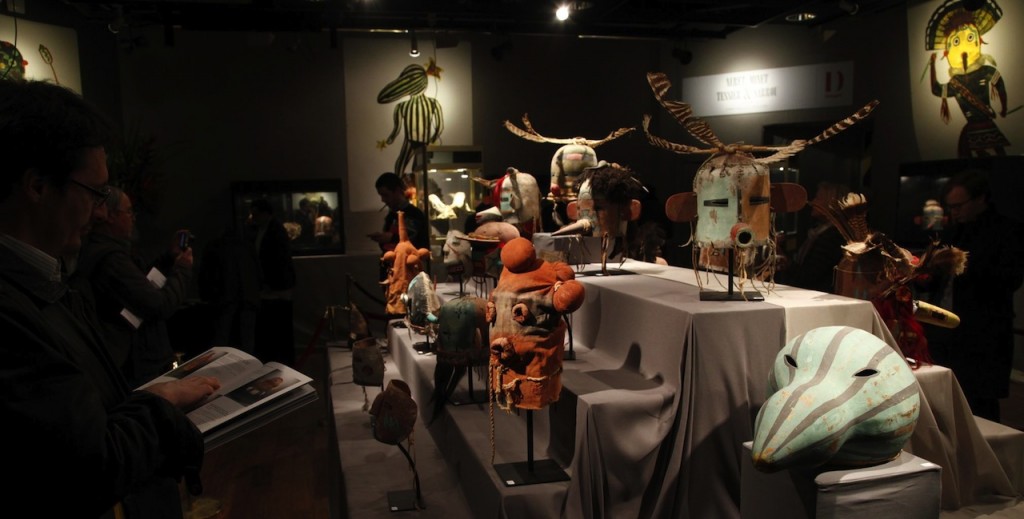 A visitor looks at antique tribal masks revered as sacred ritual artifacts by a Native American tribe in Arizona which are displayed at an auction house in Paris April 11, 2013. (REUTERS/John Schults)

Following the ruling, Néret-Minet went ahead with the auction. According to The New York Times, the auction generated $1.2 million in sales (with buyer’s premiums). Five of the 70 items did not sell and not sold for less than their estimated value.

According to The New York Times:

Before starting, the auctioneer, Gilles Néret-Minet, told the crowd that the sale had been found by a judge to be perfectly legal, and that the objects were no longer sacred but had become “important works of art.” He added, “In France you cannot just up and seize the property of a person that is lawfully his.”

So let me get this straight, religious objects that are allegedly protected by the same treaties as ancient coins and United States law can be sold as “art objects” while foreign governments confront a dealer on a bourse floor while the State Department does little to protect collectors and those who have legitimate claims?

If France can do this with items of religious and cultural significance to the Hopi tribe, then will happen to the coin collecting hobby? I know some people can take their hobby seriously, but it is not religion. Most countries already have examples of the coins in question, so why are additional examples “culturally significant.” Remember, it was reported that when a dealer was approached in Baltimore by representatives of a foreign government, they were only interested in the more expensive coins and not the common coins from the same country with a lesser value.

The State Department is not doing enough to protect the American people, whether it is to protect what is really culturally significant items like the artifacts from the Hopi tribe or the abuse of international law as demonstrated by the actions of the State Department’s CPAC and the confrontation in Baltimore. This is something that must be addressed by the president!

I renew my request that all of my readers to go to http://wh.gov/MD2O and sign the petition. Share it on social media. I made it easy—just see the widget at the top of the right column. Petitions require 100,000 signatures in order to be answered by the White House. So far there are five signatures (THANK YOU!). Let’s see if we can motivate the coin collecting community to add more before you will not be able to own any foreign coin older than 100 years old! 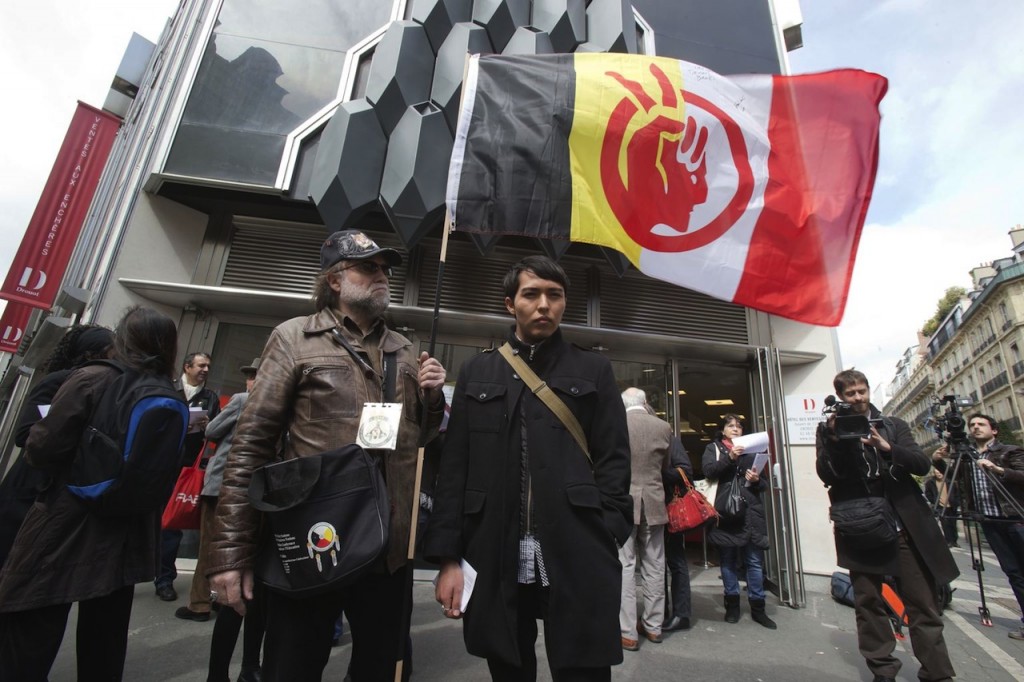 A French supporter of the Indian cause, who refused to give his name, left, holds a flag of the American Indian Movement and an American exchange student, member of the Arizona’s Hopi tribe, Bo Lomahquahu, right, stand outside of the Druout’s auction house to protest the auction of Native American Hopi tribe masks in Paris, Friday, April 12, 2013. A contested auction of dozens of Native American tribal masks went ahead Friday afternoon following a Paris court ruling, in spite of appeals for a delay by the Hopi tribe, its supporters including actor Robert Redford, and the U.S. government. (AP Photo/Michel Euler)